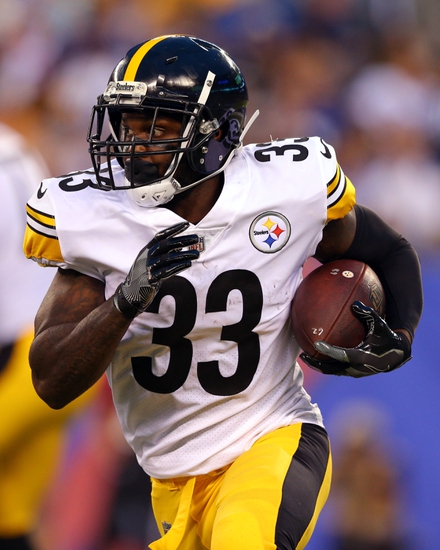 The Atlanta Falcons and the Pittsburgh Steelers face off in week two NFL preseason action from Heinz Field on Sunday.

The Atlanta Falcons will look to bounce back after opening up the preseason with a 23-20 loss to Miami in week one. Matt Ryan saw limited action, but made the most of it, going 3 for 3 with 32 yards and a touchdown. Matt Simms saw the bulk of the workload, going 10 for 20 with 104 yards. Terron Ward led the way for the Falcons on the ground, carrying the rock 11 times for 48 yards and a touchdown along with 3 catches for 16 yards out of the backfield. Reggie Davis led the Falcons with 43 yards while Anthony Dable caught a team-high 3 passes for 32 yards and Devonta Freeman opened up the scoring with a 15-yard TD reception. A pair of interceptions from De’Vondre Campbell and Jarnor Jones highlighted an average performance from the Falcons’ D, allowing 318 yards of total offense, culminating with 13 unanswered points in the 4th quarter en route to the loss.

The Pittsburgh Steelers look to remain unbeaten after winning their preseason opener by a final score of 20-12 over the Giants. 2017 4th-round pick Joshua Dobbs saw the bulk of the game action, going 8 for 15 with 100 yards through the air, a touchdown and two interceptions. Terrell Watson led the Steelers’ backfield, putting up 44 yards and a touchdown with his 10 carries. Knile Davis used his 8 carries to rack up 34 yards while Fitzgerald Toussaint added 19 yards on the ground with his 6 carries. A total of 8 different Steelers caught a pass, with only a pair of receivers notching more than 1 catch. Cobi Hamilton led the team with a pair of catches, racking up 72 receiving yards and a touchdown. Canaan Severin added a pair of receptions of his own, totalling 24 yards. A whopping 7 sacks highlighted the Steelers’ defensive performance in the win, with Arthur Moats racking up 3 sacks and an interception. 2017 1st-round pick and J.J.’s younger brother, T.J. Watt did just like big brother would and put up a pair of sacks. Farrington Huguenin added a sack and Mike Hilton contributed a sack and a fumble recovery that was forced by Jacob Hagen.

We have two offenses that underperformed in week one so since that cancels out, I’ll go with the team that presented the better defensive performance in week one, and that’s far and away Pittsburgh. Give me the Steelers in this one.