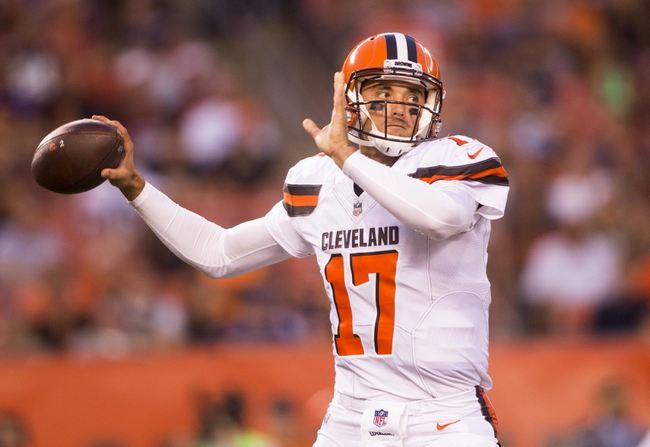 The New York Giants are coming off a 20-12 loss to the Pittsburgh Steelers, a game in which most of their starters rested. With Eli Manning sidelined, Geno Smith completed 10 of 16 passes for 114 yards and an interception while rookie Davis Webb completed 50 percent of his passes for 67 yards. The main standouts for the Giants offensively was tight end Jerell Adams, who had a big 21-yard reception and rookie Travis Rudolph, who had a reception and a rush attempt for 13 yards. Defensively, Landon Collins led the Giants with two tackles, Jordan Williams had one sack and Kerry Wynn had two tackles for loss. The New York Giants main concern right now should be getting healthy staying fresh for the regular season in an NFC East division that just opened up with the suspension of Dallas Cowboys running back Ezekiel Elliott.

The Cleveland Browns look to build even more confidence after beating the New Orleans Saints, 20-14. DeShone Kizer was really sharp in the victory, completing 11 of 18 passes for 184 yards and a touchdown while Brock Osweiler and Cody Kessler completed 11 of 24 passes. The Browns ground game had very little success, but Terrence Magee did have 15 yards and one touchdown while Richard Mullaney had 70 receiving yards on two receptions. Defensively, Kenneth Olugbode led the Browns with five tackles, Trevon Coley had one sack and Briean Boddy-Calhoun had two tackles for loss. The Cleveland Browns had five sacks in the victory and saw promise in their young quarterback, so it was an impressive debut for a franchise that has had very little reasons to celebrate over the last decade.

The Cleveland Browns are one of those teams where playing time is open to guys who step up, so they're always a team to watch in the preseason. I also like the Browns QB depth, as Kizer, Osweiler and Kessler all have a chance to win the starting job if any end up blowing things out of the water. The Giants, well, they're a team that knows what it is, which usually results in the starters resting and backups playing majority of the contest. This game favors the Browns, especially at home. I'll eat the small line with Cleveland here.