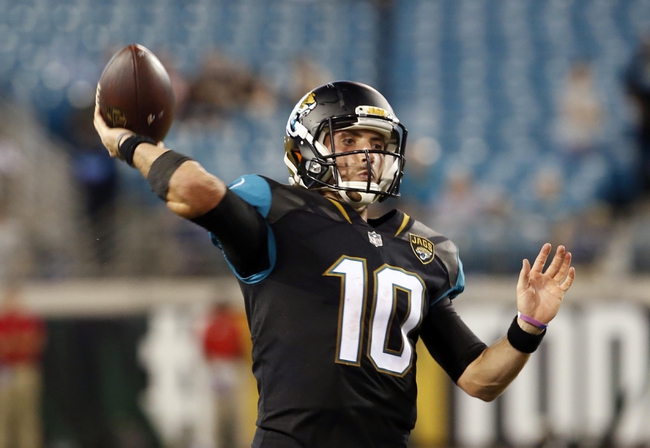 The Carolina Panthers are 1-1 in preseason play and are coming off a 34-27 loss to the Tennessee Titans. The Panthers are still without Cam Newton, as Derek Anderson led the way in the losing effort, completing seven of 12 passes for 88 yards and one interception. It’s going to be interesting to see if Newton can get some preseason reps in despite his shoulder injury. Other offensive standouts for the Panthers included running back Cameron Artis-Payne, who had 70 yards and touchdown on five carries while Austin Duke and Kaelin Clay combined for 81 yards on five receptions. Defensively, David Mayo led the Panthers with 10 tackles, Jeremy Cash had one sack and Teddy Williams had one tackle for loss. The Carolina Panthers have shown great promise on the offensive side, combining for 54 points in two games, but they must get Newton in there at some point to be truly confident come regular season time.

The Jacksonville Jaguars are 1-1 in the preseason and are coming off a 12-8 loss to the Tampa Bay Buccaneers. Brandon Allen stole the show with 10 completions on 15 attempts for 144 yards and a touchdown, and it seems like more and more people are getting frustrated with starter Blake Bortles, who hasn’t performed well. In the loss, rookie wide receiver Dede Westbrook had a breakout performance with six receptions and 131 yards on seven targets. Defensively, Jarrod Wilson led the Jaguars with six tackles, Sheldon Day had one sack and Tashaun Gipson had five solo tackles. The Jacksonville Jaguars have a lot of young talent to be excited about this season, but the lack of answers at quarterback are concerning and can certainly prevent any progress this franchise makes.

Word around Jacksonville is that it may be moving on from Bortles as the starting quarterback, which has to breathe life into this entire team from a confidence standpoint. Sure, Allen and others haven't done much at the NFL level, but this is a young squad that has more talent than people realize, and they're limited by brutal QB play. The Panthers are still without Newton, which means a whole lot of Derek Anderson and other washed up backups. This is a game where the young guns can shine and get a victory in front of their home fans.