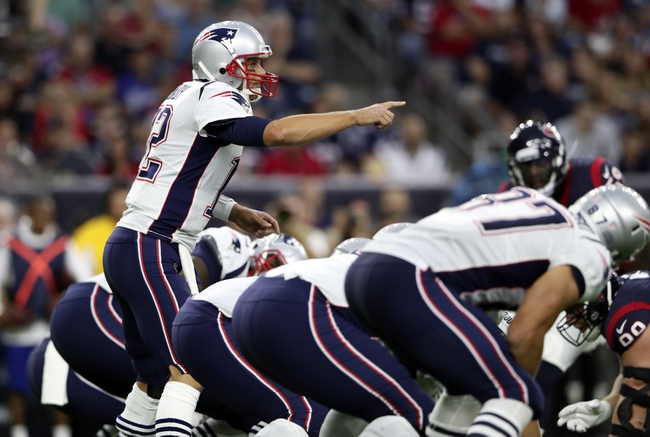 The New England Patriots and the Detroit Lions face off in week three NFL preseason action from Ford Field on Friday.

The New England Patriots will be looking for their first win of the preseason after falling to 0-2 after a 27-23 loss to Houston in week two. Tom Brady saw his first action of the preseason, going 6 for 9 for 67 yards and a touchdown. Jimmy Garoppolo saw the bulk of the workload for New England, going 15 of 23 for 145 yards and a touchdown that was cancelled out by an interception. Dion Lewis led the team with 34 yards rushing with his 7 carries, while Brandon Bolden took his team-high 8 carries for 33 yards. D.J. Foster led the team, hauling in 4 passes for 52 yards and a touchdown, while Rex Burkhead caught 3 balls for 50 yards and a score of his own. James O’Shaughnessy caught a team-leading 5 passes in the losing effort for the Pats. Defensively, a single sack from Brandon Guy highlighted an otherwise decent performance from New England, allowing just 281 yards of total offense in the loss.

The Detroit Lions will look to remain perfect in their preseason slate, getting off to a 2-0 start with a 16-6 win over the Jets in week two. Matt Stafford completed 8 of his 10 pass attempts in limited action, throwing for 84 yards and the Lions’ only touchdown in the win. Jake Rudock matched Stafford’s output with 84 yards of his own on 8 of 13 passing.. Dwayne Washington led the team with 8 carries for 24 yards, while expected starting running back Ameer Abdullah put up 16 rushing yards on 4 carries. Marvin Jones Jr. racked up a team-high 4 catches for 34 yards and a touchdown in the win for Detroit, while Golden Tate shared the top spot with 34 yards of his own on a pair of receptions. Defensively, Cornelius Washington, Akeem Spence and Charles Washington each recorded a sack, with Washington adding a forced fumble and Rolan Milligan contributing an interception as the Lions held the Jets’ offense to just 241 yards of total offense in the winning effort.

I know it’s only preseason, but there’s something alarming to me about how the Lions can only put up 16 points against a bad Jets team that’s starting mostly second and third-stringers. New England hasn’t gotten the wins to show for it, but they’ve put up at least 20 points in each of their first two games, and as the first-string players get more reps, this Patriots team is going to look more and more dangerous, and I think they do enough here to get their first W of the preseason.