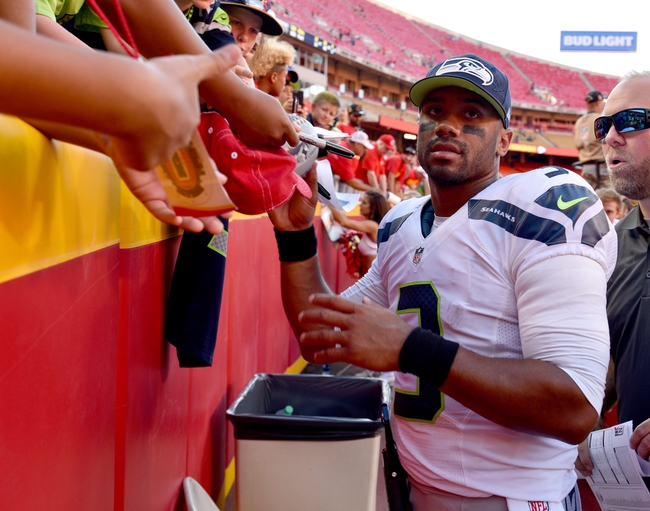 The Kansas City Chiefs are 1-1 in preseason play and are coming off a 30-12 victory over the Cincinnati Bengals. Alex Smith completed eight of nine passes for 83 yards and one touchdown while Patrick Mahomes II threw for 88 yards and two touchdowns. Even third string option Tler Bray had a passing touchdown. Other offensive standouts for the Cheifs included running back Charcandrick West, who topped 100 rushing yards, while Travis Kelce and De'Anthony Thomas combined for 67 receiving yards and one touchdown on four receptions. Defensively, Josh Mauga led the Chiefs with seven tackles, Ukeme Eligwe had one sack and Allen Bailey had one tackle for loss. The Kansas City Chiefs have to be pleased with their preseason performances, especially rookie QB Mahomes, who has shined in back-to-back games and seems to be a good option once they move on from Smith.

The Seattle Seahawks are 2-0 in preseason play and are coming off a 20-13 victory over the Minnesota Vikings. Russell Wilson looks to be in regular season form after completing 13 of 18 passes for 206 yards and two touchdowns, as he found youngsters Kasen Williams and Mike Davis in the end zone. Other offensive standouts for Seattle were running back Alex Collins, who had 58 yards on 10 carries, and receiver Doug Baldwin, who had four receptions and 69 yards. Defensively, Lorenzo Alexander led the Seahawks with five tackles, Jerry Hughes had one sack and Deandre Coleman had one tackle for loss. The Seattle Seahawks have allowed a combined 30 points in two preseason games, and when you add that to the offensive play of their starters, this is a team that seems to be ready for the regular season to begin.

The Seahawks have had little trouble moving the football and scoring in this preseason, while the Chiefs are coming off one of the best performances of any team throughout the first two weeks. With the starters playing the bulk of this contest and both squads trying to find a groove from the upcoming regular season, this feels like a game where the low total should go over. A score of 28-21 is more than reachable and is a safer bet than trying to pick a side that currently has a hook.