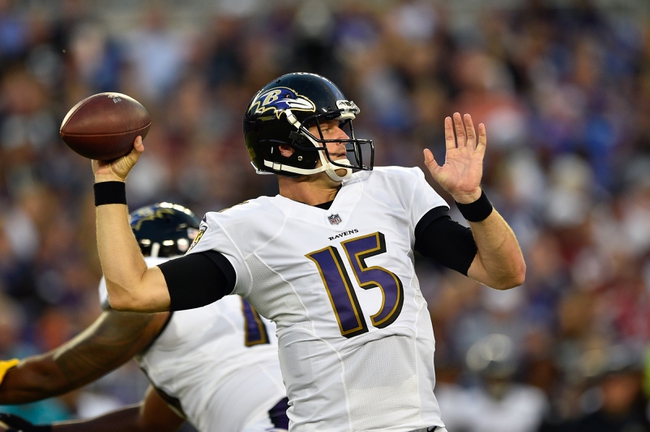 The Buffalo Bills are 0-2 in the preseason and are coming off a 20-16 loss to the Philadelphia Eagles. Tyrod Taylor completed just eight of 18 passes that included two interceptions, and he has to show more improvement in this game if this Buffalo offense will have any confidence entering the regular season. Nick O'Leary and Zay Jones combined for six receptions and 92 yards while Joe Banyard led the way with seven carries and 37 yards. Defensively, Lorenzo Alexander led the Bills with five tackles, Jerry Hughes had one sack and Deandre Coleman had one tackle for loss. The Buffalo Bills have scored a combined 26 points in two preseason games, which doesn’t exactly inspire much confidence even if expectations aren’t that high this season.

The Baltimore Ravens are 2-0 in preseason play and are fresh off a 31-7 blowout over the Miami Dolphins. Ryan Mallett threw for 113 yards, one touchdown and two interceptions while Josh Woodrum completed eight of 10 passes for 110 yards. Quarterback play for the Baltimore Ravens is key when there’s still a question if Joe Flacco will be ready for the season opener as he recovers from a back injury. In the victory, Javorius Allen had 40 yards on 10 carries and Maxx Williams had 48 yards on two receptions. Defensively, Bam Bradley led the Ravens with four tackles, Otha Foster had one sack and Tim Williams had one tackle for loss. The Baltimore Ravens have to be pleased with their preseason play considering they’ve been without their top player throughout the whole thing.

The Baltimore Ravens have been really solid in the preseason and have shown that coaching matters in this league, as the backups are ready to contibute and playing hard. Meanwhile, the Bills are taking hits injury wise and are getting very little out of the quarterback position or the offense overall. I have very little confidence in the Bills right now. Even without Flacco, the Ravens seem to be in good position to improve to 3-0 in preseason play.