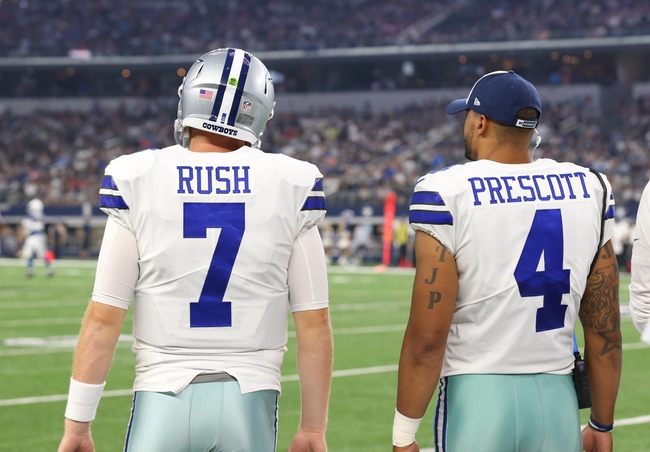 The Oakland Raiders are 0-2 in preseason play and are coming off a 24-21 loss to the Los Angeles Rams. Derek Carr completed seven of nine passes for 100 yards, two touchdowns and one interception. Connor Cook also had a passing touchdown, but the Raiders have to feel pleased knowing Carr seems to be in regular season form. Marshawn Lynch made his Oakland debut with just two carries for 10 yards while Amari Cooper and Keon Hatcher combined for 79 receiving yards on six receptions. Defensively, TJ Carrie led the Raiders with eight tackles, Khalil Mack had one sack and Jelani Jenkins had two tackles for loss. The Oakland Raiders lit the scoreboard up when their starters were on the field for a short time, which is only going to excite fans even more for a highly anticipated regular season.

The Dallas Cowboys are 2-1 in preseason action and are coming off a 24-19 victory over the Indianapolis Colts. Kellen Moore completed 10 of 21 passes for 131 yards while Dak Prescott completed seven of eight passes for 106 yards and a touchdown. Prescott has played in just one of the three games, so he’ll see a lot of reps here. Darren McFadden led the Cowboys with 59 yards on nine carries while Dez Bryant and Lance Lenoir combined for 106 receiving yards and two touchdowns on six receptions. Defensively, Damien Wilson led the Cowboys with six tackles, Damontre Moore had one sack and Duke Thomas had one tackle for loss. The Dallas Cowboys are another team that’s shined offensively when the starters have been on the field, so they should feel good about where they’re at with the regular season right around the corner.

We're getting a free field goal with possibly the better team here, which is something I rarely turn down. The Raiders are a scoring machine when their starters are on the field, and that will be the case with this being the third preseason game. I also have very little confidence in the Cowboys backup Kellen Moore. So in a game that could come down to the backups in the late second half, I'll like to have my free points with the Raiders as more of a fade from the Cowboys reserves.