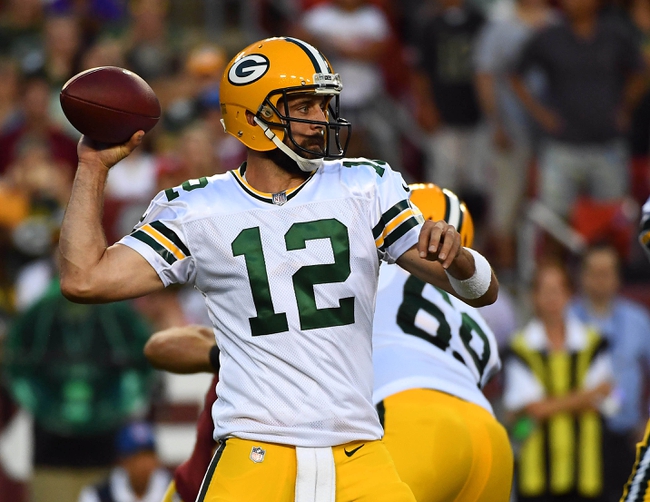 We’ve got a fun Week 3 NFL preseason matchup looming on Saturday, August 26, as the Green Bay Packers and the Denver Broncos meet up at Sports Authority Field.

The Packers enter this weekend with a 2-0 preseason record so far. Green Bay beat the Eagles 24-9 in the opener, then edged out the Redskins 21-17 this past Saturday. In that game, Aaron Rodgers played well in an unexpected start, finding Marcellus Bennett for a 3-yard TD pass in the first quarter. RB Taysom Hill also had a nice line highlighted by a 23-yard TD run in the fourth.

Last season, the Packers managed to go 10-6 and finish first in the NFC North. Green Bay made it all the way to the NFC Championship, where they fell to the Falcons 44-21. This offseason, the Packers resigned a horde of key guys, and added names like CB Casey Hayward, WR James Jones, TE Andrew Quarrels and QB Scott Tolzien to the roster.

Over on the Broncos’ side, they’ve put up a 2-0 record in the preseason so far as well. Denver beat the Bears 24-17 in their first game, then took care of the 49ers 33-14 this past weekend. Trevor Siemian had a nice outing in that one, going 8-of-11 for 93 yards and a TD pass to Jordan Taylor. RB CJ Anderson also got into the end zone, scoring on a 1-yard run in the first quarter.

Denver is coming off a 2016 in which they finished 9-7 and third in the AFC West, failing to reach the playoffs after a 2015 Super Bowl championship. Notable offseason signings for the Broncos include RB Jamaal Charles, LB Kasim Edebali, NT Dogmata Peko and RB Stevan Ridley.

This should be an entertaining game to watch, as we’ll get to see the top guys for an extended period of time—most of them, anyway. Still, I don’t expect the Packers will keep Rodgers out there for too long, as he obviously already knows what he’s doing and he's by far the most important piece on their roster. I'll take the Broncos for a late cover.