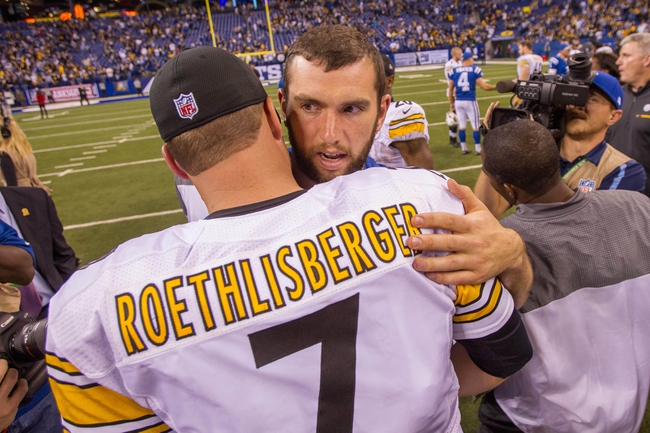 The Indianapolis Colts are 0-2 in preseason play and are coming off a 24-19 loss to the Dallas Cowboys. The Colts are still dealing with the loss of Andrew Luck, but Stephen Morris looked sharp with 11 of 15 passing for 111 yards and a touchdown. Scott Tolzien also completed 10 of 14 passes for 70 yards. Still, the Colts aren’t a good enough football team to find success without their best player at the most important position. In the loss, rookie Marlon Mack led the way with 45 yards on five carries while Bruce Natson and Freddie Brown combined for 93 yards and one touchdown on five receptions. Defensively, Luke Rhodes led the Colts with nine tackles, Barkevious Mingo had one sack and T.Y. McGill had one tackle for loss. The Indianapolis Colts are going to have a hard time competing until Luck returns to the field, and it’s is still in question of when his return will take place.

The Pittsburgh Steelers are 2-0 in preseason play and are fresh off a 17-13 win over the Atlanta Falcons. Ben Roethlisberger hasn’t played in the preseason, but he has been named the starter for this game and should get a good number of reps. In the win over Atlanta, Joshua Dobbs completed 10 of 19 passes for 70 yards and an interception. James Conner led Pittsburgh with 98 yards on 20 carries while Martavis Bryant and Sammie Coates combined for 40 receiving yards on five receptions. Defensively, Anthony Chickillo led the Steelers with five tackles, Farrington Huguenin had one sack and L.J. Fort had one tackle for loss. The Pittsburgh Steelers defense has allowed a combined 25 points in their first two preseason games, so the coaches have to be pleased heading into the regular season. The next step is getting Roethlisberger in regular season form considering this will be his only time he sees action in exhibition play.

Usually I take the points when we're getting a big number in a preseason game simply because it's really a whole lot of guessing when handicapping this stuff. However, the Colts aren't a good football team when Luck is on the field, and they're even worse without him. The Steelers have also said their starters will play in this game. That's just a whole lot of bad news for the Colts. I have no choice but to eat the chalk here as a fade from the Colts more than anything.