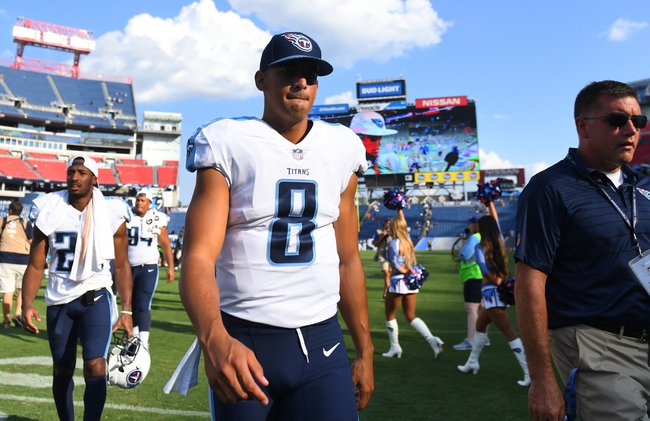 The Chicago Bears are 1-1 in preseason play and are coming off a 24-23 win over the Arizona Cardinals. Rookie Mitchell Trubisky continues to make a case to become the starting qurterback after completing six of eight passes for 60 yards and one touchdown. Mike Glennon completed 13 of 18 passes, so he can’t be overlooked, but Trubisky has been one of the more impressive players halfway through the exhibitions. Tarik Cohen led Chicago with 77 yards on 11 carries while Cameron Meredith and Tanner Gentry combined for 45 receiving yards on four receptions. Defensively, Deon Bush led the Bears with seven tackles, Roy Robertson-Harris had two sacks and Kyle Fuller had one tackle for loss. The Chicago Bears still have to improve on the defensive side of the ball, but they’re a team that has to be excited about their future at the QB position.

The Tennessee Titans are 1-1 in preseason play and are coming off a 34-27 win over the Carolina Panthers. Matt Cassel completed eight of 13 passes for 88 yards and Marcus Mariota completed six of eight passes for one touchdown. Mariota has completed eight of 11 passes in two preseason games. In the win over the Panthers, David Fluellen led Tennessee with 76 yards and one touchdown on 10 carries while Tre McBride and Jonnu Smith combined for 120 receiving yards on nine receptions. Defensively, Jeremy Boykins led the Titans with five tackles, Aaron Wallace had one sack and Cameron Robbins had one tackle for loss. The Tennessee Titans have had two completely different preseason games, so it’s going to be interesting to see which team we get with the starters expected to get the bulk of the reps.

When the Tennessee Titans' starters saw more action, they had no problem moving the ball and putting points on the board. The third preseason game is when the starters play the most, so that's good news for the home team here. Trubisky and the Bears have looked sharp and it should be fun seeing him get more reps in this contest, but at the end of the day he's still a rookie. I trust the Titans more on both sides of the ball to edge this one out at home.