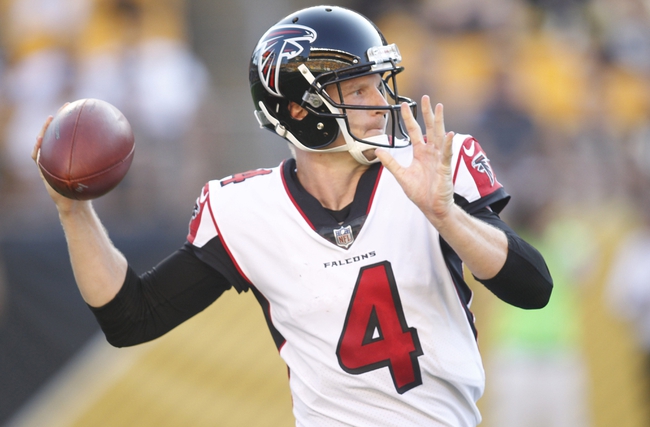 The Jacksonville Jaguars and Atlanta Falcons meet Thursday in week 4 of the NFL preseason at Mercedes-Benz Stadium.

The Jacksonville Jaguars are 1-2 in preseason play and their starters will be getting ready for the Houston Texans week 1. With Blake Bortles surprisingly being named the starter for the regular season, we’re going to see a ton of Chad Henne and Brandon Allen in this contest, a duo that’s combined for three touchdowns and zero interceptions this preseason. It would certainly be nice to see a healthy rookie Dede Westbrook on the field, as he’s shined in the preseason games he’s played. Defensively, the Jags have allowed 24 or less points in all three games, which certainly has to make the coaching staff happy considering Jacksonville was 25th last year in points allowed per game. The Jacksonville Jaguars have a lot of young talent and could be better than expected, but it comes down to how much consistent production they can get from the quarterback position.

The Atlanta Falcons are 0-3 in preseason play and their starters will be getting ready for the Chicago Bears week 1. This game will feature a lot of Matt Simms and Matt Schaub at quarterback, and they’re coming off a game in which they combined for 13 of 19 for more than 100 yards and a touchdown. Some improvement from the Falcons ground game would certainly go a long way to opening up the offense, especially with Devonta Freeman dealing with concussion issues. The Falcons have scored a combined 27 points in their last two games, a number we’re not used to seeing from this club. Defensively, the Falcons have allowed 24 or less points in all three games and are coming off a game in which they had six tackles for loss. Overall, the Atlanta Falcons are a healthy starting unit, so they have to be pleased entering the regular season.

You don't see teams go winless very often in the preseason, as the odds are in your favor to get at least one victory given that it's backups playing backups majority of the time. The playing field is even. I also have very little confidence in the Jags QB situation heading into this game, as the Falcons at least have guys who can push the ball down field and are coming off a solid game last week. I'm going to play the perentages and predict the Falcons finish the preseason with one victory.