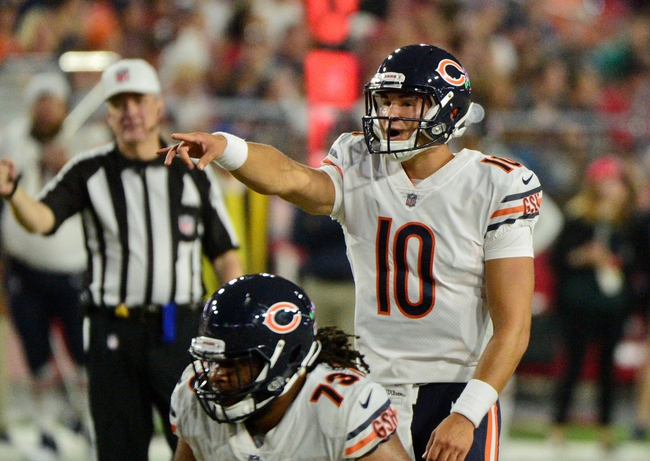 The Cleveland Browns and Chicago Bears meet Thursday in week 4 of the NFL preseason at Soldier Field.

The Cleveland Browns are 3-0 in preseason play and their starters will be getting ready for the Pittsburgh Steelers week 1. With DeShone Kizer being named the regular season starter, the Browns are going to give Cody Kessler and Brock Osweiler all of the reps in this contest. Despite winning each game, neither one of those quarterbacks has thrown a touchdown in the first three games. Defensively, the Browns have allowed a combined 29 points this preseason, which is highly impressive no matter how you want to look at it. It seems like more and more people are buying into the fact the Cleveland Browns are going to be a lot better this season than most believe. The Cleveland Browns have lost seven of their last 11 preseason games.

The Chicago Bears are 2-1 in preseason play and their starters will be getting ready for the Atlanta Falcons week 1. The Bears are loaded with injuries at the moment and suffered their worst one yet when wide receiver Cameron Meredith tore his ACL. With Mike Glennon likely locking up the starting quarterback job, this is a game that’s likely going to be given to rookie Mitchell Trubisky. He’s coming off a game in which he completed 10 of 15 passes for 128 yards and a touchdown. Regardless, the Bears need to have their players show up in bubble wrap, as a lot of key players are dropping like flies. Defensively, the Bears have allowed a combined 54 points this preseason and are coming off a game in which they had four sacks. The Chicago Bears have split their last eight preseason games.

There aren't many teams that run the table in the preseason, so you kind of have to play the odds here and predict a Brown loss, even though they've looked good in their games. The Bears have won their last two preseason games and Trubisky has really surprised to the point he could seriously be considered the stater for the regular season. With him leading the way for the bulk of this contest, I'll lay the small number with the Bears at home.