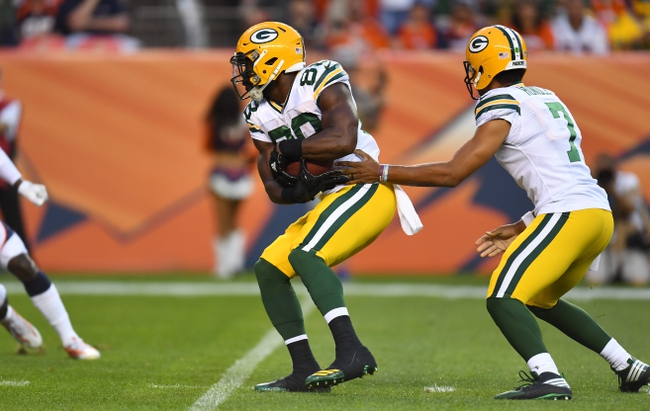 The Los Angeles Rams and Green Bay Packers meet Thursday in week 4 of the NFL preseason at Lambeau Field.

The Los Angeles Rams are 2-1 in preseason play and their starters will be getting ready for the Indianapolis Colts week 1. The Rams have scored 24 or less points in each preseason game and will be playing a QB duo of Sean Mannion and Dan Orlovsky in this contest. Young running back Malcolm Brown is coming off a solid showing and could earn some reps when games count, while receivers Josh Reynolds and Pharoh Cooper were the bright spots in last weeks game and will be out to prove it wasn’t a fluke. Defensively, the Rams are coming off a game in which they had five tackles for loss and Marqui Christian led the team with nine solo tackles. The Los Angeles Rams are as fresh as you’d like your starters to be for the regular season, so that has to be a victory for a team eager to redeem itself to its new fanbase.

The Green Bay Packers are 2-1 in preseason play and their starters will be getting ready for the Seattle Seahawks week 1. This will be business as usual for the Packers considering they don’t play their starters much at all in the preseason anyway. Joe Callahan and Brett Hundley will lead the show at quarterback, and this is a Green Bay offense that’s scored 17 or more points in all three games. Hundley completed 20 of 30 passes in last weeks game and could see the bulk of the reps yet again with that type of production. Defensively, the Packers have been really impressive and are coming off a game in which they had three sacks. The Green Bay Packers have won six of their last eight preseason games, which is quite impressive given that their key guys rarely see the field for an extended period of time.

Hundley played his tail off in the last preseason game and should be given even more reps in this contest considering it's the last time he's going to play in a while. You have to like that situation over anything the Rams have to offer. Remember, QB depth and stability are the two things I look for in preseason handicapping. The Packers should be able to get the job done here and cover the reasonable number.