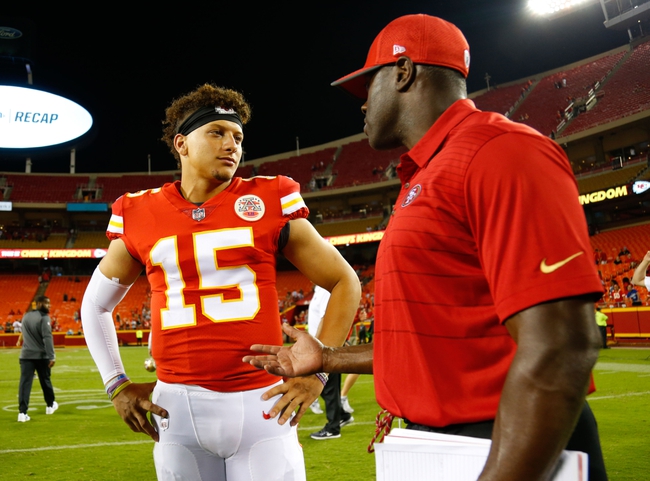 The Tennessee Titans and Kansas City Chiefs meet Thursday in week 4 of the NFL preseason at Arrowhead Stadium.

The Tennessee Titans are 1-2 in preseason play and their starters will be getting ready for the Oakland Raiders week 1. This game will obviously be led by Matt Cassel a veteran who is 12 for 20 this preseason with zero touchdown passes. The Titans currently have five wide receivers on the injury list, so it’s going to be interesting to see if any of the guys on the depth chart decide to take advantage of more playing time. Darius Jennings, who had two receptions last week, could be a name to watch in this game. Defensively, the Titans have allowed a combined 46 points in their last two games and are coming off a contest in which they had six tackles for loss. The Titans defense has produced a combined four sacks and four turnovers in their last two preseason games. The Tennessee Titans have split their last six preseason games.

The Kansas City Chiefs are 1-2 in preseason play and their starters will be getting ready for the New England Patriots week 1. This should be a fun game for KC, as quarterback Patrick Mahomes II should get the bulk of the reps, a rookie who has really shined and has some Chiefs fans already thinking about a future without Alex Smith. With an injury to Spencer Ware, it opens the door for other running backs such as Kareem Hunt, Charcandrick West and C.J. Spiller. Defensively, the Chiefs have allowed 26 or more points in two of their three games, so that’s an area you’d like to see tighten up a bit. Overall, the Kansas City Chiefs are one of those teams that knows what they are heading into the regular season, so they have to be happy to be healthy for the most part.

Neither of these teams have had much preseason success, so you have to question just how much that's going to change with the backups playing the whole game. Of course, I'm always looking at the quarterback position, and I like Patrick Mahomes II playing majority of this contest. He's more than held his own for a rookie and has the playmaking ability to takeover this game and lead the Chiefs to victory. The Titans offense has been ice cold in two of their three games. I'll take KC here and the reasonable line.