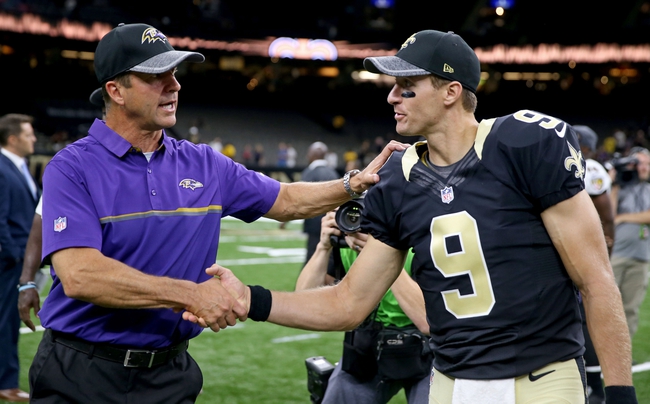 The Baltimore Ravens and the New Orleans Saints meet in their respective 2017 NFL preseason finale on Thursday.

The Baltimore Ravens will look to finish the preseason with an unbeaten record after a 13-9 win over Buffalo in week three improved the Ravens’ record to 3-0. Ryan Mallett led the team with 58 yards on 8 of 10 passing while Josh Woodrum completed 8 of his 13 pass attempts for 55 yards and a touchdown. Javorius Allen led the Ravens on the ground with team highs of 25 yards on 12 carries while Taquan Mizzell led the team with 6 catches for 54 yards and the team’s lone receiving touchdown out of the Baltimore backfield as no other Baltimore receiver caught more than 2 passes in the win. Matt Judon and Eric Weddle each recorded a sack while Jaylen Hill notched a pick and Patrick Onwuasor forced and recovered his own fumble.

The New Orleans Saints will look to finish their 2017 preseason above .500 after improving to 2-1 with a 13-0 win over Houston in week three. Chase Daniel led the team with 108 yards on 9 of 12 passing while Drew Brees recorded 11 of 15 completions for 76 yards. Darius Victor used his team-high 8 carries to rack up 30 yards and the Saints’ lone touchdown in the win. Adrian Peterson added 15 yards on 6 carries while Ted Ginn Jr. added 24 yards with his lone carry. Brandon Coleman notched a team-high 44 yards on his pair of receptions while Michael Thomas caught a team high 4 passes for 27 yards. Tommylee Lewis, Ginn Jr. and Daniel Lasco II all chipped in 3 receptions each in the win. Defensively, the Saints combined for 4 sacks, with Adam Bighill, Rafael Bush, Darryl Tapp and Al-Quadin Muhammad each adding a sack while Damian Swann picked off Texans’ QB Deshaun Watson.

Baltimore has had the bulk of the success in this matchup, but I’ve said it before that week four is usually when the starters see the most amount of playing time. I think New Orleans has the much deeper squad from top to bottom and should be able to deal the Ravens their first loss of the preseason, covering the spread in the process.