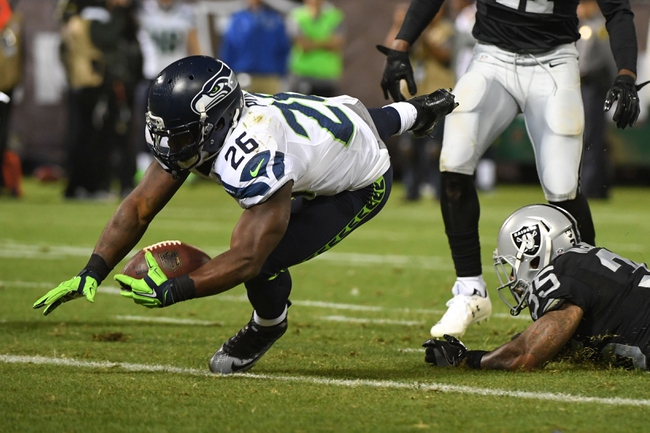 Out at O.co Coliseum on Thursday, the Seattle Seahawks and the Oakland Raiders will be wrapping up their NFL preseasons.

The Seahawks are coming off a 10-5-1 mark in the 2016 campaign, finishing first in the NFC West. Seattle beat Detroit in the Wild Card Round of the playoffs, but lost to the Atlanta Falcons in the Divisional Round. New faces for the 2017 season include OG Luke Joeckel, RB Eddie Lacy and S Bradley McDougald.

Over on the Raiders’ side, they’re fresh off a 12-4 regular season mark that gave them a second-place finish in the AFC West. Oakland lost in the Wild Card Game to the Texans. A few new faces will be in Oakland to help make a playoff return in 2017, including TE Jared Cook and WR Cordarrelle Patterson.

Miraculously, the Seahawks escaped Week 3 of the preseason with no new injuries. The Raiders, however, will be watching David Amerson and Jamie Olawale this week.

Seattle has come into the preseason and looked pretty impressive. Yeah, it’s the preseason and everything, but to get three straight victories a team still has to have a deep group of players who know what they’re doing. Even though we won’t see much of the starters here, I like the Seahawks to keep it going and bag a victory here.