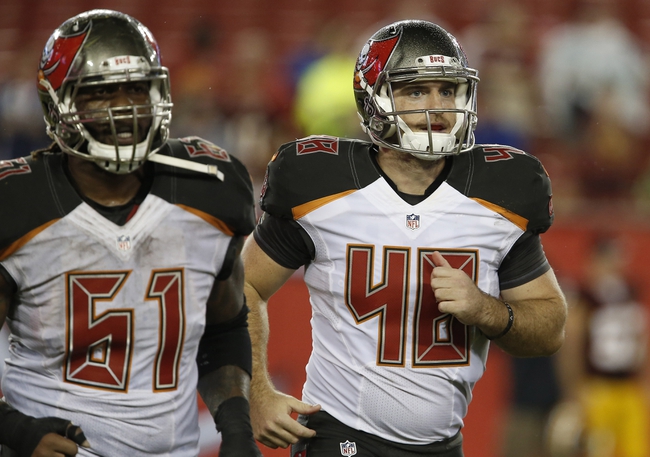 The Washington Redskins and the Tampa Bay Buccaneers meet in the finale of their respective 2017 NFL preseason schedules on Thursday.

The Washington Redskins will look to finish the preseason at .500 after getting their first win of the preseason in week three, a 23-17 win over the Bengals. Kirk Cousins threw for 109 yards on 10 of 19 passing with an interception, while Colt McCoy completed 8 of 11 pass attempts for 76 yards and a touchdown. Robert Kelley led the team with 57 yards and a touchdown on 10 carries. No Washington caught more than 2 passes in the win, highlighted by Chris Thompson whose lone reception led the team with 27 yards. Derek Carrier caught 2 passes for 22 yards and the team’s lone receiving touchdown in the winning effort. Joshua Holsey recorded a sack while Fish Smithson logged an interception and A.J. Francis recovered a fumble to highlight an otherwise average Redskins defensive effort in which the ‘Skins allowed 312 yards of total offense, but on the plus side they did allow their lowest points against in any game so far this preseason.

The Tampa Bay Buccaneers will also look to even up their record to finish the preseason, falling to 1-2 with a 13-9 loss to the Browns in week three. Jameis Winston had one of the more impressive quarterback performances in week three, throwing for 200 yards and an interception on 17 of 27 passing, while Ryan Fitzpatrick logged 55 yards on 7 of 11 passing in relief. Jacquizz Rodgers led the Bucs with team-highs of 10 carries for 34 yards while Russell Hansbrough took his 4 carries and turned it into 28 yards, including a 27-yard scamper. Chris Godwin and Peyton Barber each recorded 4 catches to lead the team, with Godwin also leading the team with 56 yards. After the pair, no Buccaneer caught more than 2 passes in the loss. The Bucs were busy defensively, with Kendell Beckwith and Noah Spence notching a sack each while Vernon Hargreaves III added a pick and a Chris Conte forced fumble that was recovered by Adarius Glanton.

Washington may come into this one with the momentum, but week four is when the starters usually see the most time, and Washington hasn’t had much luck against the Bucs as it is. Factor in Tampa Bay’s defensive performance and the strong play from Winston in week three, and I think Tampa Bay has the better chance to leave this one at .500. Give me the Bucs and lay the points here.