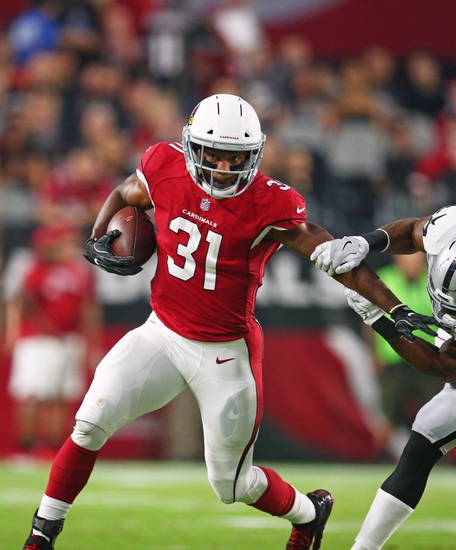 The Arizona Cardinals and Detroit Lions meet up in the Motor City on Sunday in a show down of two high octane offenses looking to make a statement.

The Cardinals look to shake off last season’s disappointments and get right back in the mix as one of the NFL’s best teams as they kick things off with a road trip to Detroit to take on the Lions at Ford Field. Arizona was a trendy Super Bowl pick last season but a dismal start to the year quickly derailed those plans and now they are left trying to play their way back into that conversation, but they certainly have the pieces to do some damage, led by superstar running back David Johnson. Carson Palmer will be leaned on heavily to manage the offense and his receiving corps that includes Larry Fitzgerald, John Brown, and Jaron Brown make for a reliable group that can take pressure of of Johnson whenever teams stack the box and try to disrupt the run. Defensively, the Cards are led by Patrick Peterson and Tyrann Mathieu and against the Lions who also love to air it out the Cardinals secondary will be tested early and often in what should be an exciting contest.

The Lions meanwhile look to chase down the Packers and Vikings in the NFC North and while they have had some success over the last handful of seasons they still haven’t been able to push through to the next tier of NFL supremacy. Detroit just backed up a Brinks truck to Matt Stafford’s house so the confidence is certainly there that he can lead them to the Super Bowl and if the likes of Golden Tate, Marvin Jones, Eric Ebron, and Ameer Abdullah can stay healthy and productive the Lions are certainly on the radar as a potential playoff team. However, the Leos are a bit undermanned on defense and will need someone to step up if they’re going to keep this Arizona offense at bay, and in the end I’m not sure they will be able to do enough to keep David Johnson off the scoreboard.