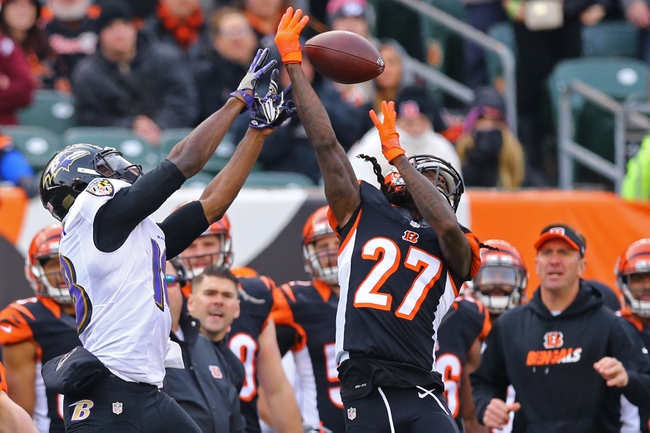 Out at Paul Brown Stadium on Sunday, September 10, the Baltimore Ravens and the Cincinnati Bengals will be meeting up in Week 1 NFL action.

The Ravens pulled a clean sweep in the preseason, going 4-0 with victories over the Redskins, Dolphins, Bills and Saints. In the Week 4 victory, Baltimore beat New Orleans 14-13. QB Chase Daniel had a nice game for the Saints, going 11-for-19 for 103 yards, a TD and a pick.

In 2016, Baltimore posted an 8-8 record and finished second in the AFC North, missing the playoffs for the second consecutive year. The Ravens added a few new names in the offseason for the 2017 run, including SS Tony Jefferson, CB Brandon Carr and RB Danny Woodhead.

Over on the Bengals’ side, they’re coming off a 1-3 preseason, securing a win over the Bucs in the opener and then falling to the Chiefs, Redskins and Colts. In that Week 4 preseason game, the Bengals fell 7-6 but AJ McCarron put up a nice 20-for-30 line for 216 yards.

Last season, the Bengals finished 6-9-1 and third in the AFC North, quite a regression from their 12-4 mark in 2015. Cincinnati reloaded with a few notable names in the offseason including LB Kevin Minter and OT Andre Smith.

The going will be tough for both the Ravens and the Bengals this year, as the Steelers are the class of the division and will likely represent the AFC North in the playoffs. Still, there’s some talent on both sides, and specifically the addition of Woodhead for the Ravens should help add an extra dimension for Baltimore. I like the Ravens to control the game here and come out firing after a nice preseason. I’ll take Baltimore.