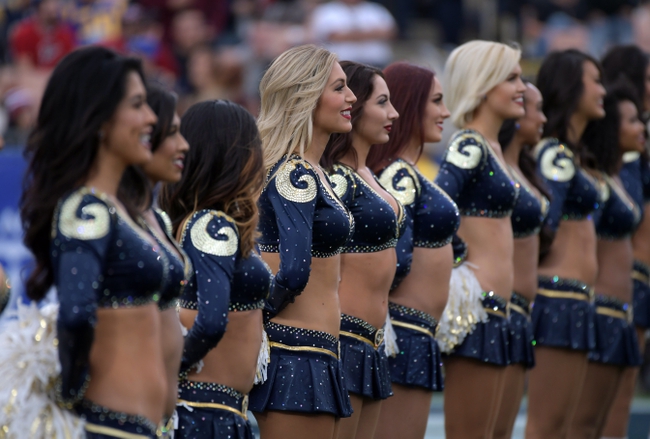 Out at LA Memorial Coliseum on Sunday, the Indianapolis Colts and the Los Angeles Rams will be kicking off their NFL seasons in Week 1 action.

The Colts are looking to improve after an 8-8 season in 2016, which saw them miss the playoffs for the second straight year and also get swept by the Houston Texans for the first time in franchise history. This will be the first season under the direction of new GM Chris Ballard, and the sixth with Chuck Pagano in the head coach slot.

The Colts lost their first two preseason games against the Lions (24-10) and Cowboys (24-19), but won the second pair against the Steelers (19-15) and Bengals (7-6) to finish at 2-2 overall. In that Bengals game, Colts QB Phillip Walker posted the only touchdown, finishing just 2-for-9. The lone score went to Justice Liggins, who found the end zone from 29 yards out for his only catch.

As for the Rams, they went 4-12 in their return to LA, finishing third in the NFC West after going 1-11 in their final 12 games. Los Angeles has now missed the playoffs for 12 straight years, and has recorded 13 straight losing seasons. New head coach Sean McVay will step in and try to reverse that trend.

The Rams won their first two preseason games, 13-10 over the Cowboys and 24-21 over the Raiders, but then dropped the final pair 21-19 versus the Chargers and 24-10 in Green Bay. In that Packers game, QB Dan Orlovsky went 16-for-30 for 149 yards, a TD and two interceptions. Brandon Shippen had a pretty busy night in that one, hauling in seven catches for 58 yards for the Rams.

The glaring absence here for the Colts is obviously starting QB Andrew Luck, who just recently came off the PUP list but will not start here in favor of Scott Tolzien. That’s a pretty big blow to the Colts, who otherwise would probably be favored here. LA isn’t going to be blowing anyone’s minds this season either, and if Indianapolis can find a running game I think this game will be very close. I like the Colts to sneak in there and cover, though there will probably be a lot of bad football on both sides here as the teams shake off the rust.