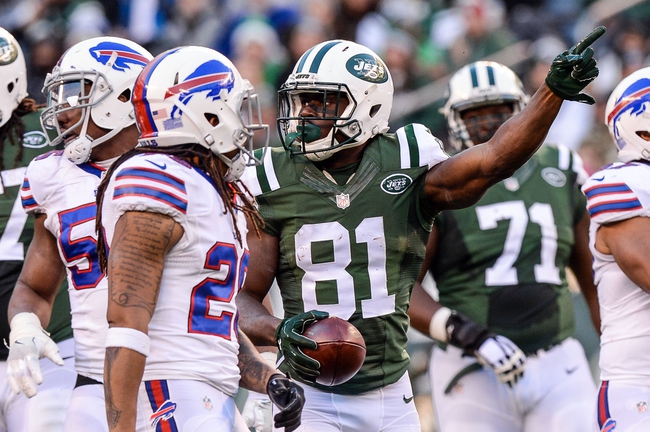 Up at Ralph Wilson Stadium on Sunday, the New York Jets and the Buffalo Bills will be kicking off their NFL seasons with an AFC East showdown.

Despite high expectations, the Jets are coming off a very disappointing 5-11 season in 2016, which left them in the basement of the division. That makes six straight years that New York has missed the postseason. The team looks quite a bit different this year, with QB Ryan Fitzpatrick and top WRs Brandon Marshall and Eric Decker out of town.

Over on the Bills’ side, they finished at 7-9 on the season and just above the Jets in third place in the AFC East. Buffalo has been out of the playoffs for 17 straight seasons, which is the longest active drought among all four major professional sports leagues in North America. The Bills get a new perspective on things in 2017, as GM Brandon Beane and head coach Sean McDermott get into their rookie seasons with the club. The Bills went 1-3 in the preseason, falling to Minnesota, Philadelphia and Baltimore before snagging a 27-17 victory over Detroit. Joe Banyard and Jonathan Williams were the stars of that Lions game, combining for 24 carries, 121 yards and two touchdowns.

Everyone is pretty much penciling in the Patriots for the AFC East crown once again this year, and with Miami missing their starting QB no one’s picking the Dolphins to do much either. That leaves the Jets and Bills, who likely will finish three and four in the division again. Buffalo is already having some injury and production issues to their receiving corps and QBs, so it may take them a while to develop an identity. That leaves a prime opportunity for the Jets to eke out a cover, though they probably won’t win the game. I’ll take New York here.