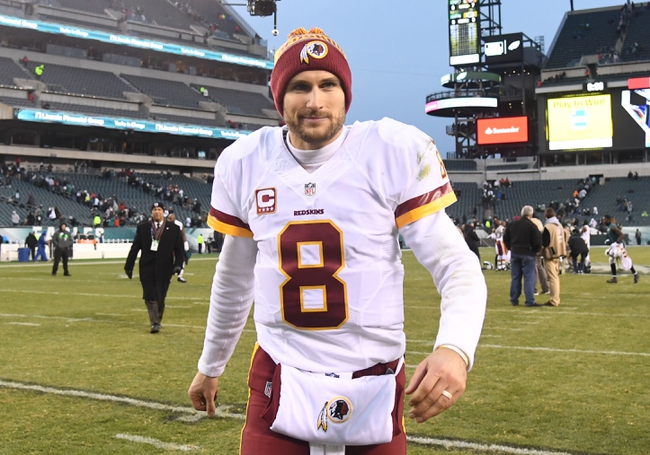 The Philadelphia Eagles and the Washington Redskins face off in an NFC East division showdown on Sunday afternoon to kick off their respective 2017 NFL regular season schedules.

The Philadelphia Eagles will look to start the season on the right foot after finishing the preseason with a 2-2 record after a 16-10 defeat at the hands of the Jets in their preseason finale. Carson Wentz returns for his sophomore season at the helm of the Eagles’ offense, a year removed from throwing for just under 3,800 yards, 16 touchdowns and 14 interceptions last season. LeGarrette Blount is expected to lead the Philly ground attack after racking up 1,161 yards and 18 touchdowns for the Patriots last season. Nelson Agholor has a new partner on the other side of the field as Alshon Jeffery signed a one year deal with the Eagles to give Wentz another option to throw to and a legitimate jump ball and deep play threat. Defensively, the Eagles will be relying on key guys like Timmy Jernigan, Fletcher Cox, Mychal Kendricks and Malcolm Jenkins to help the Eagles’ defense crack the top-10 after finishing at or near the middle of the pack in most yardage against categories, including a 13th place finish after averaging 342.8 total yards against per game last season.

The Washington Redskins will hope to carry over some momentum from back-to-back wins to close out their preseason after a 13-10 win over the Buccaneers helped the ‘Skins finish with a 2-2 preseason record. Kirk Cousins bet on himself once again, signing yet another franchise tag deal after throwing for just over 4,900 yards and 25 touchdowns with 12 picks last season. Rob Kelley will look to improve on a decent rookie season in which he rushed for just over 700 yards and 6 touchdowns last season. Terrelle Pryor and Jamison Crowder will anchor the receiving spots outside while Josh Doctson will hope to bounce back from an injury-plagued 2016 campaign that saw him catch just two passes in his rookie season. The Redskins will hope to shore and tighten up a defensive unit that had a lackluster 2016 campaign, finishing in the bottom-5 in the league in terms of total offense, giving up a whopping 377.9 yards per game last season, even with key playmakers like Josh Norman in the secondary and Ryan Kerrigan covering the middle of the field.

Philadelphia may have a couple of new toys to play with on the offensive side of the ball, but I think this is a Redskins team that shouldn’t be overlooked. Cousins is a capable QB and the Redskins weapons of their own, not to mention the Eagles have had barely any success against the number when it comes to facing Washington as of late, so I’ll take a shot with Washington on the money line to start the season with a win on home soil.