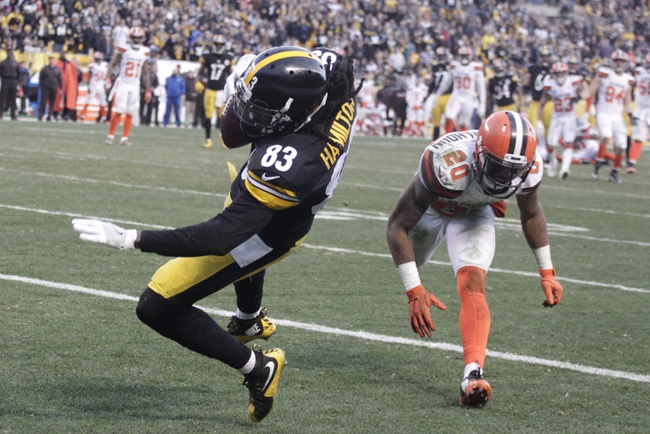 The Pittsburgh Steelers kick off their 2017-18 NFL season on the road as they take on the Cleveland Browns in an AFC North show down.

The Steelers look to kick off their season with a bang as they take to the road to face off against the lowly Cleveland Browns who are seeking to play their way out of the league’s basement in an AFC matchup that the Steelers have dominated lately. The Steelers head into the season with a Super Bowl or bust mentality and they certainly have the personnel to go on a deep playoff run as they are among the league’s best in terms of offensive star power led by Ben Roethlisberger, Antonio Brown, and Le’Veon Bell and with Martavis Bryant reinstated and a solid defense in place the Steelers are going to be a tough out every week. Pittsburgh added Joe Haden a couple of weeks ago after their week one counterparts released him and you can be sure he will be looking to stick it to his former team and make a game changing play or two in the Pittsburgh secondary.

The Browns meanwhile continue to circulate in the NFL’s basement and are coming off another season drafting first overall, this time selecting defensive end Myles Garrett from Texas A&M. However, the former Aggies star is out indefinitely and the Browns look as though they are in for another tough season and things don’t start off in their favour as they get a division rival with a motivated former player and the line is indicative of the support the Steelers are getting in Vegas as they are approaching double digits. Cleveland will play their way back into relevance soon and they do have some nice pieces on offense led by Isaiah Crowell, Kenny Britt, Corey Coleman, and rookie pivot Deshone Kizer, but in this spot they are not in a great position to get the victor