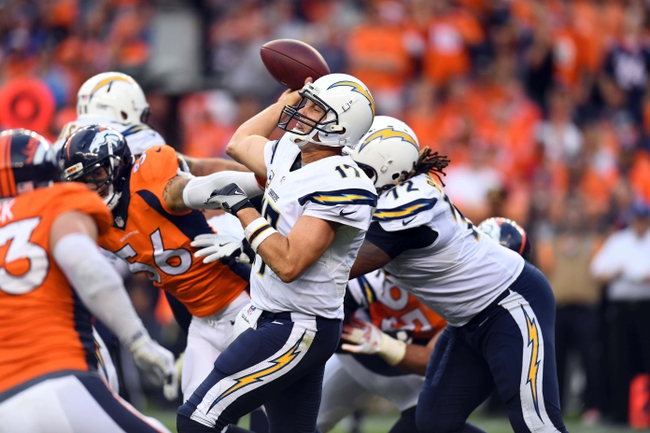 Late Monday evening up at Sports Authority Field, the Los Angeles Chargers and the Denver Broncos will be wrapping up the Week 1 NFL festivities.

The Chargers are coming off a disappointing 2016 where they finished 5-11 and in last place in the AFC West during their final season in San Diego. Tom Telesco returns in the GM role for Los Angeles, with first-year head coach Anthony Lynn on the sidelines.

LA is coming off a 1-3 preseason, with their only victory coming in Week 3 against the Rams 21-19. The Chargers’ losses included the Seahawks (48-17), the Saints (13-7) and the 49ers (23-13). In that San Francisco game, the lone Chargers touchdown came on a Kyle Coleman interception return from 30 yards out, while QBs Cardale Jones and Mike Bercovici combined to go 21-of-30 for 188 yards and three interceptions.

Over on the Broncos’ side, they finished 9-7 in 2016, which put them in third place in the AFC West. Denver got off to a good start at 4-0 but couldn’t keep it going and failed to return to the playoffs for the first time in five years. The Broncos get a new head coach for 2017 in Vance Joseph.

The AFC West should be a pretty fun race to watch this year, as it’s a very talented division. That’s bad news for the Chargers and Broncos, though, who have to get through the Raiders and Chiefs to gain any ground. That makes this game extremely important for both teams, and you can expect a lot of bad blood going back and forth. All things considered, though, the Chargers have the better QB and the Broncos have the more promising running game. In today’s pass-happy NFL, that means LA has an edge. I’ll take the Chargers to cover.