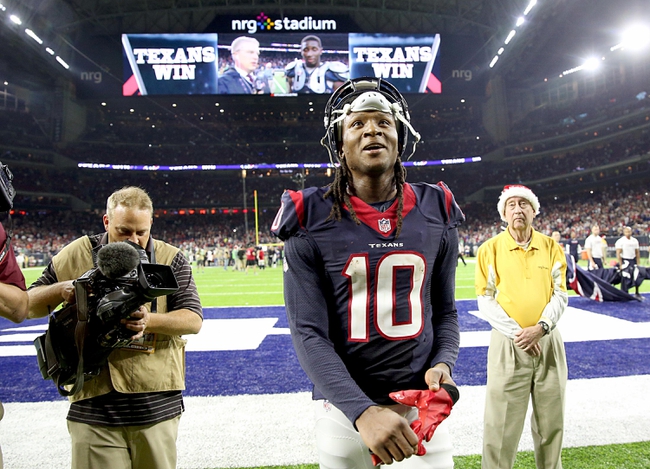 On Thursday out at Paul Brown Stadium, the Houston Texans and the Cincinnati Bengals will be kicking off the Week 2 NFL action.

The Texans are starting things off at 0-1 this year after a dismal showing against the Jaguars in Week 1. Houston allowed 100 yards and a TD on 26 carries to Leonard Fournette, while Lamar Miller only posted 65 yards on 17 carries for the Texans on the other side. Deshaun Watson finished 12-of-23 for the game, throwing for 102 yards, a touchdown and an interception.

Houston is coming off a 2016 in which they went 9-7 and finished first in the AFC South. The Texans won the Wild Card Game 27-14 versus the Raiders, but lost in the Divisional Round to the eventual champion Patriots 34-16.

Over on the Bengals’ side, they’re currently 0-1 as well after their 20-0 shutout defeat at the hands of the Ravens. Cincinnati QB Andy Dalton finished 16-of-31 in that one, throwing for 170 yards and four interceptions. Dalton had a total of five turnovers on the day including his fumble.

Cincinnati managed to go 6-9-1 last season, which left them in third place in the AFC North. It was a regression from their 12-4 campaign in 2015, and Cincinnati missed the playoffs for the first time since 2010.

Both Cincinnati and Houston need a fresh turnaround this week after some pretty abysmal performances in the opening week. The Texans were bad on both sides of the ball, and need to get into shape in a hurry if they want to contend for the division. As for the Bengals, their No. 1 problem this past week was Dalton, who is enough of a veteran that he should have his act cleaned up here. I think the familiar surroundings will do the Bengals some good here so I’ll take Cincinnati to cover.