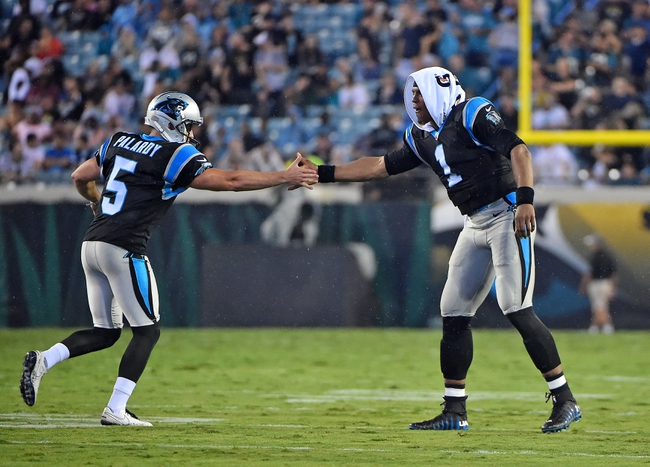 The Buffalo Bills and Carolina Panthers meet Sunday in NFL action at Bank of America Stadium.

The Buffalo Bills look for a strong 2-0 start to the season after beating the New York Jets, 21-12. The Buffalo Bills have lost four of their last five road games. Tyrod Taylor is completing 57.1 percent of his passes for 224 yards, two touchdowns and one interception. Taylor has two or more touchdown passes in four of his last seven games. Jordan Matthews and Charles Clay have combined for 114 receiving yards and one touchdown while LeSean McCoy has five receptions. The Buffalo Bills ground game is averaging 190 yards per contest, and McCoy leads the way with 110 yards on 22 carries. Defensively, Buffalo is allowing 12 points and 214 yards per game. Ramon Humber leads the Buffalo Bills with 13 tackles, Jordan Poyer has one sack and Micah Hyde has one interception.

The Carolina Panthers also look for another victory after beating the San Francisco 49ers, 23-3. The Carolina Panthers have split their last six home games. Cam Newton is completing 56 percent of his passes for 171 yards, two touchdowns and one interception. Newton has two or more touchdown passes in three of his last six games. Russell Shepard and Christian McCaffrey have combined for 91 receiving yards and one touchdown while Kelvin Benjamin has one reception. The Carolina Panthers ground game is averaging 116 yards per contest, and Jonathan Stewart leads the way with 65 yards on 18 carries. Defensively, Carolina is allowing 38 points and 442.5 yards per game. Luke Kuechly leads the Carolina Panthers with seven tackles, Thomas Davis has one sack and Daryl Worley has two pass deflections.

I wasn't high on the Bills before the season and beating the Jets doesn't do much to change my mind, as they're the worst team in the league. The Panthers did what they were supposed to do in San Fran, but I do worry about the trip back across the country, as there's a history of teams struggling after making long trips. Either way, the Panthers seem to have that sqagger back offensively with new weapons, which robs off on the defense. When Carolina is rolling and confident, it's one of the tougher teams in the league to face. The Bills have to convince me more to even consider taking a free touchdown against an above-average team. I'll take the Panthers by double digits as more of a fade from Buffalo.