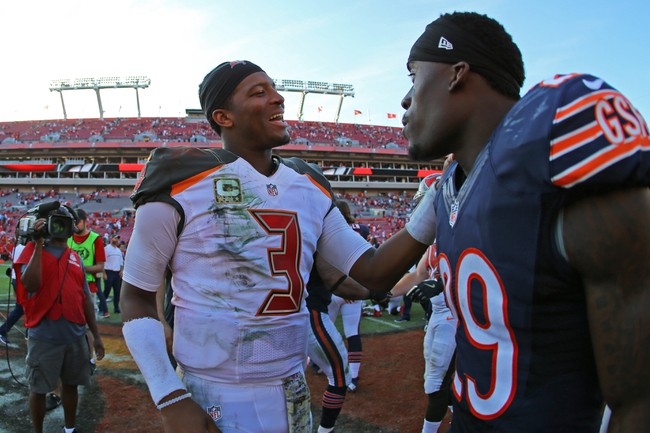 The Chicago Bears look to continue their recent success against the Tampa Bay Bucs as the two sides meet up at Raymond James Stadium on Sunday.

The Bears look to build on their respectable effort in a losing fashion against the Atlanta Falcons last weekend as they take to the road to face off against the Tampa Bay Bucs who will be playing in their season opener after their game last weekend against the Dolphins was postponed. Chicago’s on field woes continued in their loss to the Falcons as they lost yet another offensive weapon as Kevin White was sent to the IR, but they did get a big outing from Tarik Cohen who will be leaned on heavily for the rest of the season to carry the offense alongside Jordan Howard. Chicago will need their defense to have a big outing and they certainly have the personnel to do so, and against some of the league’s best playmakers operating on the other side of the ball for the Bucs they know they will have to keep Mike Evans, Desean Jackson, and Jameis Winston in check if they’re going to keep this one close.

The Bucs meanwhile play in their season opener and will have some pent up energy to get rid of as the “Hard Knocks” crew take on a Bears side that surprised some people with how well they played at times last weekend and could pose a threat to not only cover but to win outright. The Bucs have struggled with the Bears over the years but they have been playing well against the spread in their last eight games and with some key pieces back on the roster and some big time addition via free agency and the draft they are a playoff potential and definitely the favourite in this spot.