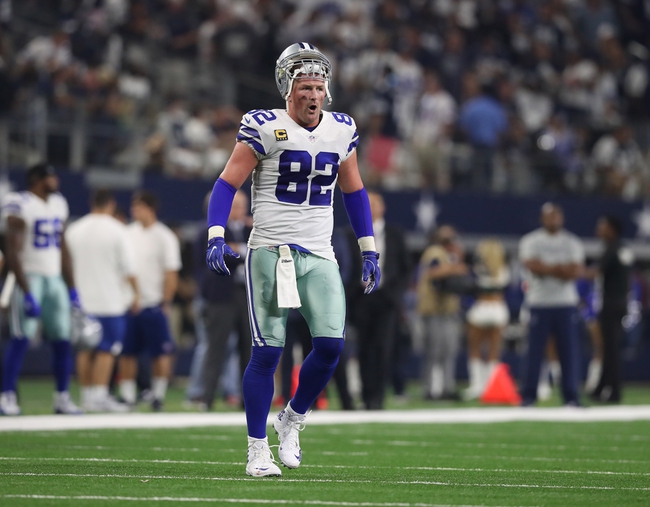 The Dallas Cowboys and the Denver Broncos meet in one of the marquee matchups of the NFL week 2 schedule from Mile High.

The Dallas Cowboys will look to build on their nice start to the season, a 19-3 victory over the Giants in the opening week edition of Sunday Night Football. Dak Prescott led the way, going 24 of 39 passing for 268 yards and a touchdown. Ezekiel Elliott was eligible to play in the opener after receiving a temporary restraining order on his suspension and proved to be impactful, racking up 104 yards on 24 carries. Terrence Williams led the Cowboys with 68 receiving yards on 6 catches, while Jason Witten caught a team-high 7 passes for 59 yards and Dallas’ lone touchdown in the win. Dez Bryant caught a pair of passes for 43 yards, while Cole Beasley made the play of the game, a highlight reel catch behind his head late in the game. Defensively, the Cowboys combined for 3 sacks, 2 from Demarcus Lawrence, along with an Anthony Brown interception and a forced fumble from Jaylon Smith, all while holding the Giants to just 233 yards of total offense.

The Denver Broncos will look to build on a nail-biting 24-21 victory to close out week 1 on Monday Night Football, a game that saw the Broncos blow a 24-7 lead in the 4th but stole the win thanks to a blocked field goal from Shelby Harris. Trevor Siemian completed 17 of his 28 pass attempts for 210 yards, 2 touchdowns and an interception. Siemian also called his own number 6 times on the ground for 19 yards and a rushing touchdown, while C.J. Anderson led the Broncos with 81 yards on 20 carries. Demaryius Thomas led the Broncos with 5 catches for 67 yards, while Bennie Fowler ended up on the receiving end of both of Siemian’s TD throws. Defensively, a Shaquil Barrett sack and an interception from Bradley Roby highlighted an otherwise solid outing from the Broncos as they held Los Angeles to just 249 yards of total offense.

Even if Elliott were to play here, I’m not sure how well the Cowboys would fare in the thin air up in Denver. Sure the Broncos almost coughed up a win in their opener but they got the job done and still boast one of the best defensive units in all of football. We are getting points at home in an otherwise dead even matchup, so in a game where the home team has had the bulk of the success, I’ll take the Broncos and the points.