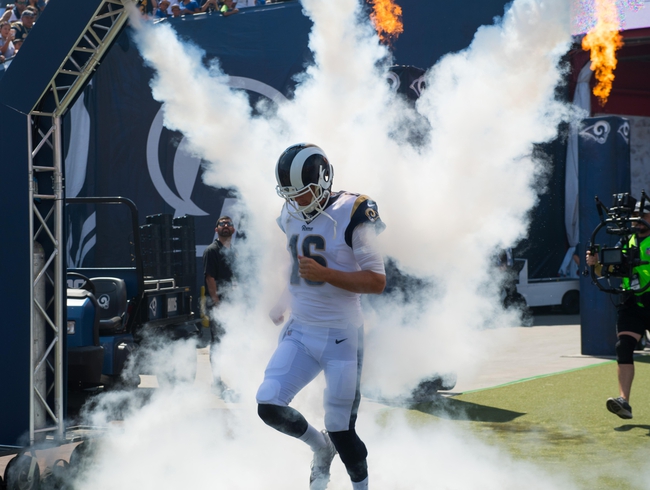 There's a lot of money coming in on the Rams considering they opened up as slight underdogs. While nobody is predicting playoffs for this young team, the Rams did make a statement in their blowout week one victory and will continue to compete if the offense can keep up with the defense. The Redskins have a lot of new guys who are trying to find their way, and the offense is going to have a hard time this season if Cousins is going to lead the team in rushing. I don't like teams that are traveling across the country and it's hard to be impressed with how the Redskins looked in their opening week. So, while I still have doubts about these Rams and their QB play most of all, I'm going to predict a 2-0 start for the home team.