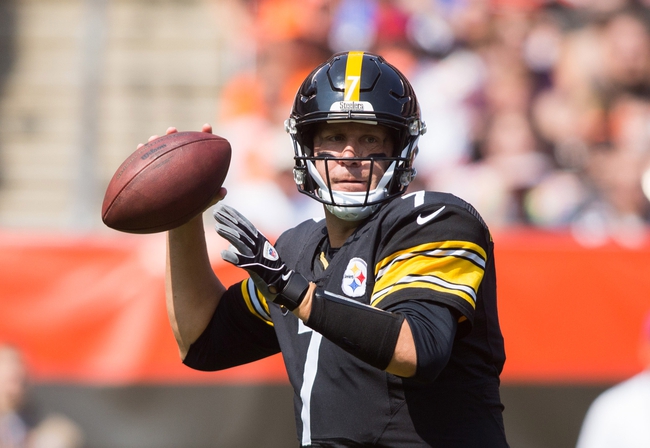 Out at Heinz Field on Sunday, September 17, the Minnesota Vikings and the Pittsburgh Steelers will be meeting up in Week 2 NFL action.

The Vikings are sitting at 1-0 after defeating the New Orleans Saints 29-19 on “Monday Night Football.” Minnesota QB Sam Bradford had a great night with 346 yards and three touchdowns, while Dalvin Cook logged 127 yards on 22 carries. Leading the receivers was Adam Thielen with nine catches for 157 yards.

Minnesota managed to go 8-8 during 2016, finishing in third place in the NFC North division. The Vikings started out 5-0, but the wheels fell off later in the season and the team missed the playoffs again.

Over on the Steelers’ side, they’re currently 1-0 following an opening-week win over the Browns 21-18. Pittsburgh QB Ben Roethlisberger finished 24-of-36 in that one for 263 yards, two touchdowns and a pick. LeVeon Bell rushed 10 times but gained just 32 yards, and Antonio Brown was the top Steelers receiver with 11 catches for 182 yards.

Pittsburgh is coming off a 11-5 mark last season, finishing atop the AFC North. The Steelers won the Wild Card Game against the Dolphins and the Divisional Round against the Chiefs but fell to the eventual champ Patriots in the AFC Championship.

Don’t look now; Minnesota has a multi-dimensional offense. If the Vikings can impress for the rest of the year like they did in Week 1—instead of imploding like last year—they can do some real damage in the NFC. As for the Steelers, they didn’t quite impress in their opener but they got the job done in a divisional game, and still remain one of the AFC favorites to unseat the Patriots. I think the Steelers can eke out a win here, but I wouldn’t be surprised to see it close. Pittsburgh should be able to cover as long as the spread is less than a touchdown or so.