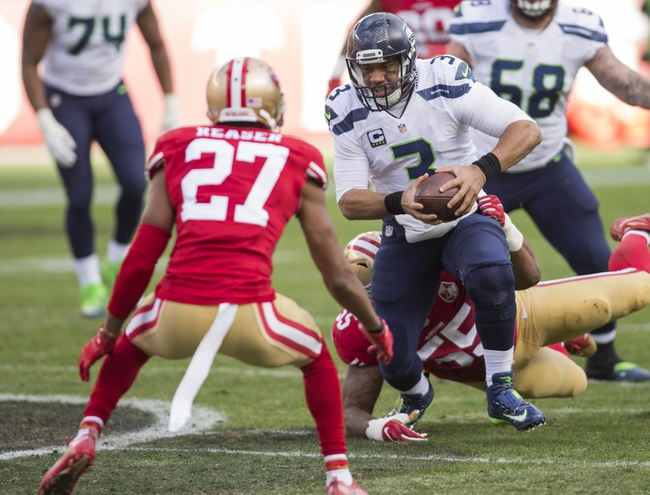 The Seattle Seahawks also are looking for their first victory after losing to the Green Bay Packers, 17-9. The Seattle Seahawks have won 10 of their last 12 home games. Russell Wilson is completing 51.9 percent of his passes for 158 yards, zero touchdowns and zero interceptions. Wilson has one or less touchdown passes in seven of his last eight games. Doug Baldwin and Paul Richardson have combined for 122 receiving yards on eight catches while Chris Carson has one reception. The Seattle Seahawks ground game is averaging 90 yards per contest, and Wilson leads the way with 40 yards on two carries. Defensively, Seattle is allowing 17 points and 370 yards per game. Earl Thomas leads the Seattle Seahawks with 11 tackles, Michael Bennett has 1.5 sacks and Nazair Jones has one interception.

These two teams have a history of playing tight, physical games and the last meeting was decided by just two points. So, instead of playing with massive chalk, I'm going to side with the over on the total. This feels like one of those games where the 49ers struggle to move the ball and the defense caves due to being on the field so long. Wilson is likely going to have his breakout offensive game after being in a slump dating back to last year, and the Seahawks come close to this total by themselves. A score of 35-14 is reasonable, putting us over the number and avoiding any chance of getting screwed on a backdoor cover.