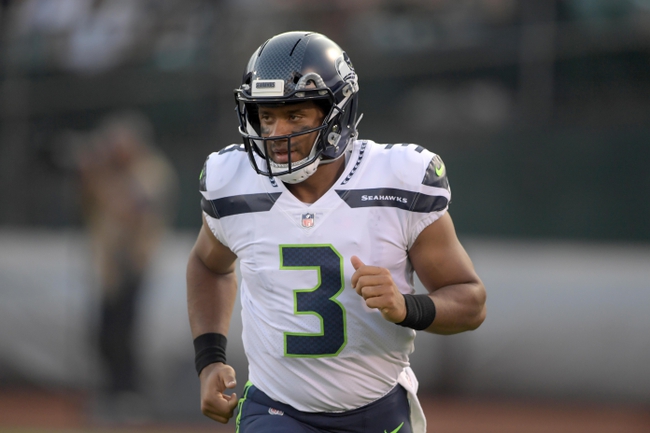 Out at CenturyLink Field on Sunday, September 17, the San Francisco 49ers and the Seattle Seahawks will be meeting up in Week 2 NFL action.

San Francisco is sitting at 0-1 so far following a 23-3 loss to the Panthers in the opener. In that game, 49ers QB Brian Hoyer went 24-of-35 for 193 yards and a pick, while Carlos Hyde led the rush on nine carries and 45 yards. Pierre Garcon was San Francisco’s top receiver with 81 yards on six catcehs.

The 49ers had a pretty dismal season in 2016, going just 2-14 to finish in last place in the NFC West. San Francisco’s only wins last year came against the Los Angeles Rams.

Over on the Seahawks’ side, they’re coming off a 17-9 loss to the Packers in the opener, leaving them 0-1 so far. In that matchup, Seattle QB Russell Wilson finished 14-of-27 for 158 yards, and also led the team in rushing on two carries for 40 yards. Doug Baldwin was Seattle’s top receiver with 63 yards on four receptions.

The Seahawks managed to go 10-5-1 last season, taking first place in the NFC West. Seattle won the NFC Wild Card Playoff over the Lions, but lost in the Divisional Round to the Falcons, who would eventually represent the conference in the Super Bowl.

These two teams have very different expectations this season. The Seahawks are supposed to be a contender once gain in the NFC, and the 49ers are just trying to find some positive signs to build on. Seattle has some things to fix, weaknesses exposed against a good Packers team in Week 1, but overall the Seahawks are still a solid team on both sides of the ball. I think Seattle can show some dominance here and bang out a cover.