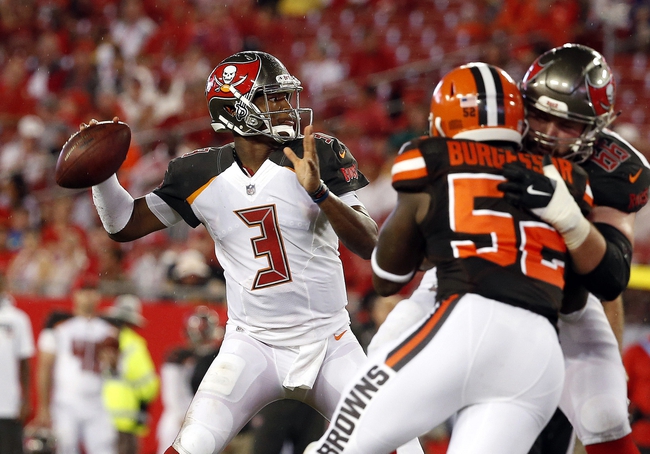 The Chicago Bears and the Tampa Bay Buccaneers face off in week 2 NFL action from Raymond James Stadium.

The Chicago Bears will look to bounce back after starting the season on a low note, opening with a 23-17 loss at the hands of the Atlanta Falcons in week 1. Mike Glennon threw for 213 yards and a touchdown, completing 26 of his 40 pass attempts. Tarik Cohen led Chicago with 66 rushing yards while also leading the team in receiving with 8 catches for 47 yards and a touchdown. Jordan Howard turned his team-high 13 carries into 52 yards and a touchdown. Zach Miller added 4 catches while Kevin White turned in a pair of receptions before suffering a fractured collarbone, an injury that could sideline him for the entire season. Defensively, a pair of Akiem Hicks sacks highlighted an otherwise average performance from the Bears’ defense, that saw Chicago give up 308 yards of total offense.

The Tampa Bay Buccaneers will be making their regular season debut after having their season opener against the Dolphins postponed due to Hurricane Irma. This means both the Bucs and Dolphins will have to play 16 straight weeks without a bye this game will be played in week 11. Jameis Winston will hope to have some of the same success in his 3rd season in the league, posting back-to-back 4,000-yard seasons, with 28 touchdowns and 18 interceptions last season. One criticism of Famous Jameis is that he needs to cut down on the turnovers (33 picks over his first 2 seasons) and will have a new weapon in his arsenal in DeSean Jackson, who along with Mike Evans could be one of the more potent 1-2 punches in the NFL, with Jackson’s speed combined with Evans jump ball ability. Doug Martin will look to put last season in the rear view mirror after racking up just 421 yards and 3 touchdowns last season. Defensively, Gerald McCoy, Lavonte David, Brent Grimes and Chris Conte are some of the key pieces returning to help tighten up a defense that finished in the bottom-10 in total yardage, passing yards and rushing yards per game last season.

I’m sure Tampa not having a bye week for 16 straight weeks will come back to haunt them down the road, but that’s later. The Bears are looking like the same team that struggled mightily from a year ago, while the Bucs are rested, hungry, and are looking more dangerous offensively then they have in years. To be honest I’m surprised this line isn’t a ltitlebit higher, but I’m not complaining, so I’ll lay the touchdown with Tampa Bay here.