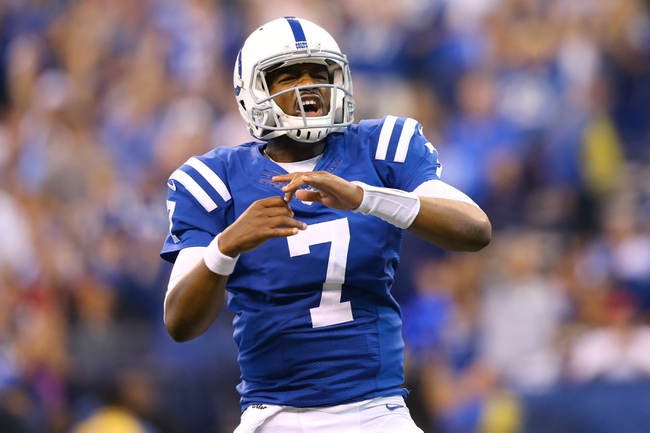 The Cleveland Browns and Indianapolis Colts meet Sunday in NFL action at the Lucas Oil Stadium.

The Cleveland Browns need a victory here in order to avoid back-to-back 0-3 starts to the season. The Cleveland Browns haven’t won a road game since October of 2015. DeShone Kizer is completing 57.4 percent of his passes for 404 yards, one touchdown and four interceptions. Kizer and Kevin Hogan have combined for two touchdown passes this season. Seth DeValve and Rashard Higgins have combined for 198 receiving yards on 13 catches while Duke Johnson Jr. has five receptions. The Cleveland Browns ground game is averaging 75 yards per contest, and Isaiah Crowell leads the way with 70 yards on 27 carries. Defensively, Cleveland is allowing 22.5 points and 313.5 yards per game. Lamar Taylor leads the Cleveland Browns with 15 tackles, Christian Kirksey has one sack and Derrick Kindred has one interception.

I've bashed the Indianapolis Colts hard dating back to last season, as I don't think this is a good football team with Andrew Luck, so you can imagine how I feel without him. With that said, the Browns haven't been lighting the world on fire, and they are quickly approaching not winning a road game in two full years. Brissett looked decent last week and the Colts had their chances to beat the Arizona Cardinals. At home, I'm leaning the Colts in this spot. Even though the Browns are more talented than people think, they're not winning games, especially on the road, so it's tough to back them in a pick em spot. I'll take the Colts even if my confidence level isn't high.