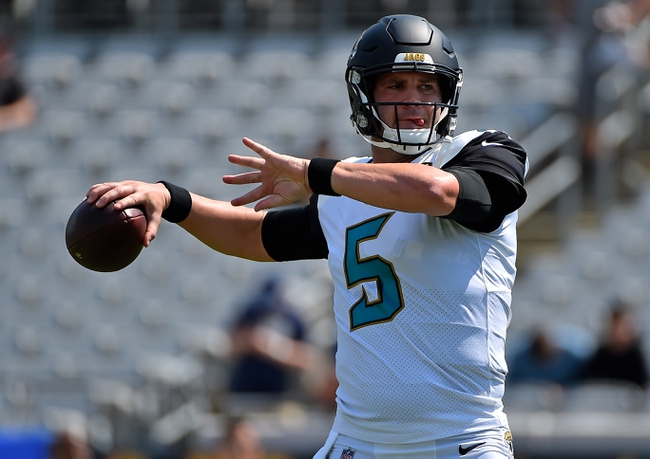 The Baltimore Ravens and Jacksonville Jaguars meet Sunday in NFL action at the Wembley Stadium.

The Baltimore Ravens have a chance to start the NFL season 3-0 for the second straight year. The Baltimore Ravens have outscored their first two opponents by a combined score of 44-10. Joe Flacco is completing 66.7 percent of his passes for 338 yards, three touchdowns and two interceptions. Flacco has one or less touchdown passes in eight of his last 10 games. Benjamin Watson and Jeremy Maclin have combined for 178 receiving yards and two touchdowns while Javorius Allen has five receptions. The Baltimore Ravens ground game is averaging 146.5 yards per contest, and Javorius Allen leads the way with 137 yards on 35 carries. Defensively, Baltimore is allowing five points and 303.5 yards per game. C.J. Mosley leads the Baltimore Ravens with 18 tackles, Terrell Suggs has three sacks and Lardarius Webb has two interceptions.

It's always tricky picking games in London, as the trip across the pond can really throw a team off, the field is weird and it's a big mess during the week leading up to the game. For me these games are coinflips due to so many unknowns. However, the Ravens have been head and shoulders the better team between these two, and that defense has been no joke regardless if it was against the Bengals and Browns. Baltimore is sure to create a couple of turnovers in this matchup and that should be the difference in the game. I won't be betting this game personally and will probably be asleep during it, but if forced to pick, I'd side with the better team by a touchdown.