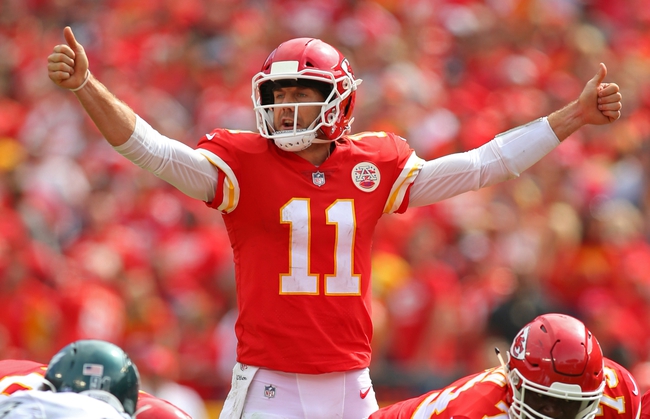 We have an AFC West showdown going down in week 3 NFL action, as the Kansas City Chiefs take on the Los Angeles Chargers.

The Kansas City Chiefs will look to keep their momentum going after improving to 2-0 this season following their 27-20 win over Philadelphia in week 2. Alex Smith threw for 251 yards and a touchdown on 21 of 28 passing, while Kareem Hunt had back-to-back strong outings, posting 81 yards and a pair of touchdowns on just 13 carries in the win. Travis Kelce led the Chiefs with 8 catches for 103 yards and a touchdown, while Chris Conley and Tyreek Hill each hauled in 4 balls apiece. Chris Jones deserved player of the game honors for his performance on defense in week 2, as the Chiefs’ defensive end logged 3 sacks, an interception and a pair of forced fumbles in the win. As a unit, the Chiefs combined for 6 sacks, but allowed over 400 yards of total offense in the win.

The Los Angeles Chargers will look for their first win of the year, after falling to 0-2 following their 19-17 loss to Miami in week 2. Philip Rivers completed 31 of 39 pass attempts for 331 yards and a touchdown, while Branden Oliver led an anemic Chargers ground attack with 3 carries for 31 yards. Melvin Gordon put up just 13 yards on 9 carries, but did punch in a 1-yard TD. Keenan Allen led the Chargers with 9 receptions for 100 yards, while Hunter Henry and the aforementioned Gordon each caught 7 passes and Antonio Gates hauled in the team’s lone TD grab through the air. Defensively, a pair of sacks from Melvin Ingram and Chris McCain highlighted an otherwise average performance from the Chargers’ defense, allowing 336 yards of total offense in the losing effort.

I know going on the road and winning is considered hard, but why this line is this low is beyond me. The Chiefs have dominated the number in the division and on the road, and have had all of the success against the spread when playing in the Chargers’ backyard. Not to mention the Chiefs have a pair of solid wins this season, including their opening week road win against New England. I’ve said before this Chiefs team is a serious dark horse to win the AFC, and I think we see more of the same so I’ll gladly lay the field goal with Kansas City here.