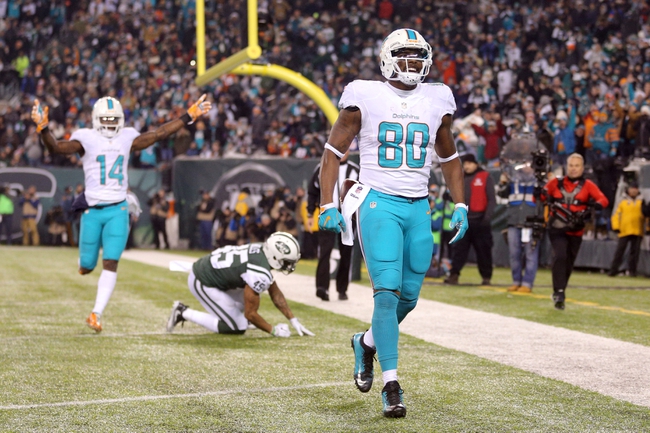 The New York Jets look for their first win of the season as they return home to welcome the Miami Dolphins to town on Sunday.

The Dolphins started off their official regular season last weekend with a two-point victory on the road against the Los Angeles Chargers and now they are out for their first divisional victory of the season as they head to Met Life to battle the winless New York Jets. Miami has had a tumultuous month or so as they lost quarterback Ryan Tannehill in the preseason to a knee injury that will have him out all year, and followed that up with some inclement weather that postponed their season opener against the Bucs, leaving them a game behind and in action for the next 16 weeks. The Dolphins did look quite strong in their season opener though as their offense has the potential to be something special as Devante Parker, Jarvis Landry, and Jay Ajayi are making things much easier for Jay Cutler who returned to the league after retiring at the end of last season.

The Jets meanwhile are 0-2 on the season and have failed to cover in both games but they did show some signs of brilliance against the Oakland Raiders a week ago and will be out to prove they can stay competitive with a subpar roster. New York’s strength lies with their defensive line as Leonard Williams is an absolute freak, and while they did trade Sheldon Richardson to the Seahawks they are still very deep defensively and that could prove to be their saving grace in this game against a Dolphins team still working out some of their kinks. New York will need to get Bilal Powell more involved as he has been quiet through the first two weeks, and if they can establish the run early here it will keep Miami’s offense off the field and perhaps lead to a close fourth quarter and potential cover for the Jets.