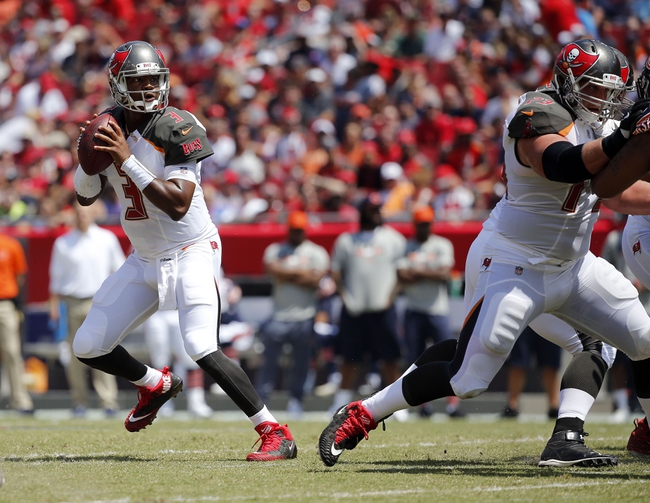 The Tampa Bay Buccaneers and the Minnesota Vikings square off in week 3 NFL Action on Sunday afternoon.

The Tampa Bay Buccaneers will look to keep the ball rolling after starting the season on a high note, winning their season opener by a final score of 29-7 in week 2. Jameis Winston threw for 204 yards and a touchdown in the win, while Jacquizz Rodgers led the Bucs’ ground attack with 67 yards and a touchdown on his 19 carries. Peyton Barber added 47 yards on the ground with his 10 carries in the win. Mike Evans far and away led Tampa’s receiving corps, catching 7 passes for 93 yards and a touchdown, while DeSean Jackson hauled in 3 balls for 39 yards. After Jackson, no other Buccaneer had more than 2 catches in the winning effort. Defensively, the Bucs combined for a sack, a pair of picks and a pair of forced fumbles, one fumble which also was recovered by Lavonte David in the win for T-Bay.

The Minnesota Vikings will look to bounce back after suffering their first loss of the season, a 26-9 defeat at the hands of the Steelers in week 2. Case Keenum got the start for the injured Sam Bradford, and threw for 167 yards on 20 of 37 passing. Dalvin Cook racked up 64 yards with his 12 carries, while Kyle Rudolph put up a team-high 45 yards receiving with his 4 catches. Adam Thielen wasn’t far behind, catching a team-high 5 passes for 44 yards in the loss. Everson Griffen logged a pair of sacks as the lone highlight for the Steelers in the loss, as the Vikings allowed 330 yards of total offense in the losing effort.

Even if Bradford were to start here, I’m not sure it matters. The Vikings in my opinion are one of the more overrated teams in the NFC, while this Buccaneers squad is young, hungry and with Winston finally comfortable at the helm of the Bucs’ offense, Tampa Bay could be a legitimate threat to win the AFC South. However, I need to see a line before making a pick here, so please check back when a line is released for your free pick.