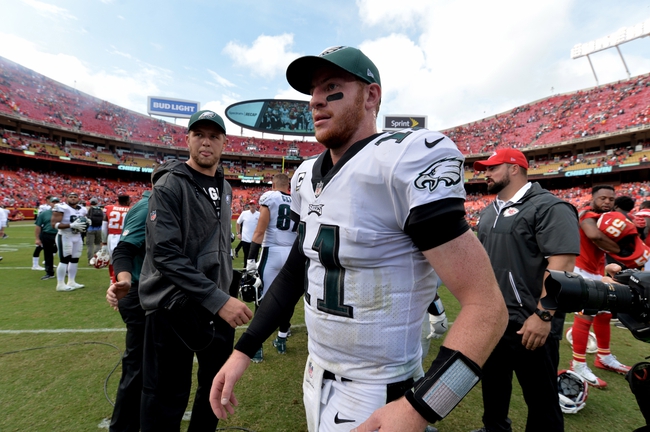 The New York Giants are desperate for a victory here to avoid their first 0-3 start since 2013. The New York Giants have lost five of their last eight road games. Eli Manning is completing 72.9 percent of his passes for 459 yards, one touchdown and two interceptions. Manning has one or less touchdown passes in four straight games. Evan Engram and Shane Vereen have combined for 171 receiving yards and one touchdown while Sterling Shepard has nine receptions. The New York Giants ground game is averaging 48.5 yards per contest, and Orleans Darkwa leads the way with 31 yards on six carries. Defensively, New York is allowing 21.5 points and 324.5 yards per game. Sean Lee leads the New York Giants with 17 tackles, DeMarcus Lawrence has four sacks and Anthony Brown has one interception.

I gave the Giants a pass last week and said there's no way they can be as bad as they showed in week one. Well, the Giants are worse. This is a team that has nothing going for it, as the offensive line can't protect, the running game stinks, receivers are dropping passes, Eli looks old and the secondary gives up way too many big plays. Oh, Odell Beckham Jr. is still banged up. I'm not sure the Giants have a single positive thing going for them right now. Meanwhile, the Eagles held their own in back-to-back road games, beating up the Redskins and losing to Kansas City by just seven points. The Eagles should open this game up and win by double digits. The Giants are fade material big time.