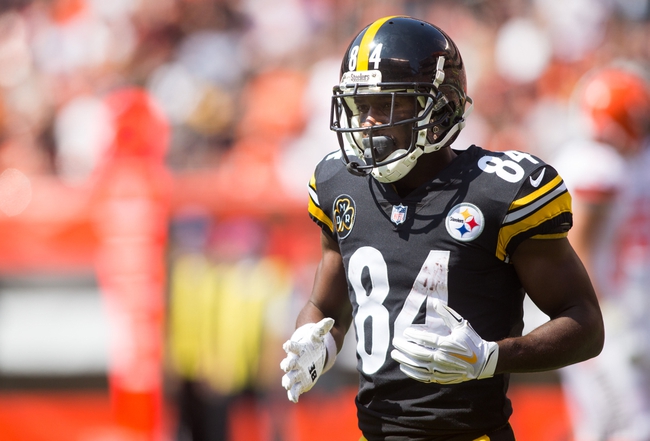 Up at Soldier Field on Sunday, the Pittsburgh Steelers and the Chicago Bears will be meeting up in NFL Week 3 action.

The Steelers enter this game at 2-0 so far after a close call 21-18 against the Browns in the opener, then a more fitting 26-9 victory over the Vikings. In that Minnesota game, Steelers QB Ben Roethlisberger went 23-of-35 for 243 yards and two scores, while Le’Veon Bell had 27 carries for 87 yards. Leading the receiving corps was Martavis Bryant, with three receptions for 91 yards and a TD.

Through two games so far, Roethlisberger has 506 yards, four touchdowns and a pick; Bell leads Pittsburgh on 119 yards rushing on 37 attempts. Antonio Brown is the top receiver for the Steelers with 244 yards, 22 targets and 16 receptions, but he hasn’t found the end zone yet.

Over on the Bears’ side, they’re sitting at 0-2 following losses to the Falcons 23-17 and the Buccaneers 29-7. In that Tampa game, Bears QB Mike Glennon managed a 31-of-45 line with a TD and two picks while Kendall Wright put up seven receptions for 69 yards. Chicago posted just 20 yards rushing on 16 carries in that game.

So far this year, Glennon has 514 yards, two touchdowns and two interceptions while Tarik Cohen leads the Bears in rushing with 79 yards on 12 attempts. Wright is the top Chicago receiver with 103 yards on 10 receptions and 14 targets.

This matchup features two teams at opposite ends of the NFL spectrum: Pittsburgh is a favorite to challenge the Patriots for the AFC crown, while the Bears are in full rebuilding mode while they wait for the young Mitch Trubisky to develop. As such, the line here should be in double-digits. All signs point to a big Steelers win and cover.