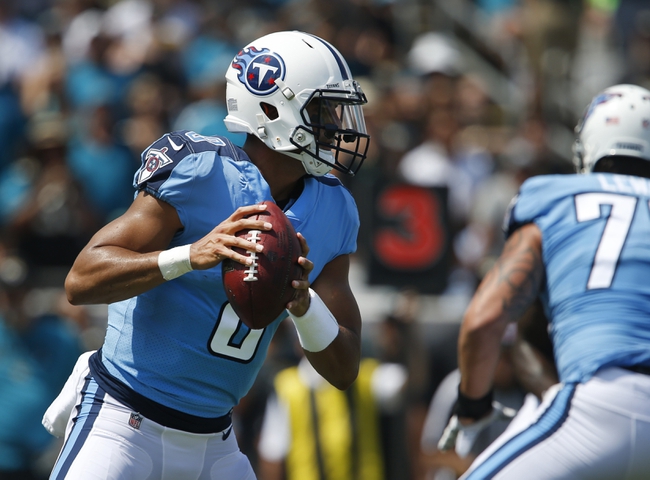 The Seattle Seahawks and Tennessee Titans meet Sunday in NFL action at the Nissan Stadium.

The Seattle Seahawks look for their first road victory of the season to get a game above a .500 record. The Seattle Seahawks have lost four of their last six road games. Russell Wilson is completing 56.1 percent of his passes for 356 yards, one touchdown and zero interceptions. Wilson has one or less touchdown passes in seven of his last eight games. Doug Baldwin and Paul Richardson have combined for 185 receiving yards and one touchdown while Tyler Lockett has seven receptions. The Seattle Seahawks ground game is averaging 110.5 yards per contest, and Chris Carson leads the way with 132 yards on 26 carries. Defensively, Seattle is allowing 13 points and 309 yards per game. K.J. Wright leads the Seattle Seahawks with 17 tackles, Michael Bennett has 2.5 sacks and Bobby Wagner has one interception.

The Tennessee Titans look for their first home victory of the season to get a game above a .500 record. The Tennessee Titans have won four of their last five home games. Marcus Mariota is completing 58.8 percent of his passes for 471 yards, one touchdown and one interception. Mariota has one or less touchdown passes in five straight games. Delanie Walker and Rishard Matthews have combined for 251 receiving yards on 19 receptions while Corey Davis has seven receptions. The Tennessee Titans ground game is averaging 137 yards per contest, and Derrick Henry leads the way with 117 yards and one touchdown. Defensively, Tennessee is allowing 21 points and 334.5 yards per game. Wesley Woodyard leads the Tennessee Titans with 17 tackles, Derrick Morgan has two sacks and Da'Norris Searcy has one interception.

I said week one that I was high on the Tennessee Titans this season, and they showed some of that potential last week against the Jacksonville Jagaurs, beating them into the ground on the road. While many still consider the Seattle Seahawks a super bowl contender, there has to be some concern with a team that's combined for 21 points the first two weeks. Seattle isn't running the ball with consistency and Wilson hasn't had a breakout performance through the air in quite some time. The Titans have enough weapons to test Seattle's defense and the ability to win battles in the trenches will be key for the home team as well. I'm going to back the Titans a lot this season, and I like their chances to win this game outright against a Seahawks team that's been really bad offensively to start the year.