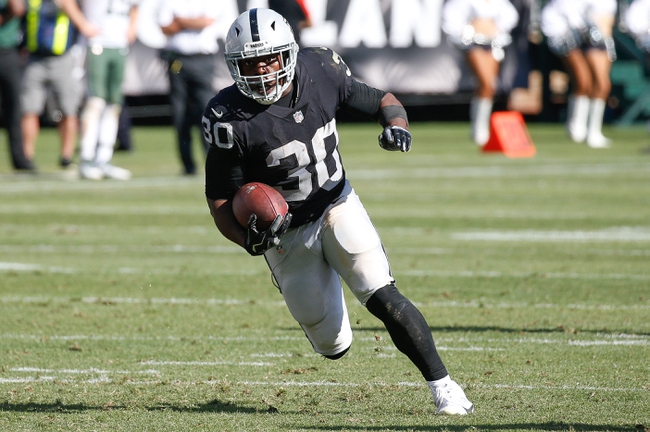 The Oakland Raiders and the Washington Redskins face off in week 3’s edition of Sunday Night Football on NBC.

The Oakland Raiders will look to continue their strong start after improving to 2-0 following their 45-20 beatdown of the Jets in week 2. Derek Carr threw for 230 yards and 3 TDs on 23 of 28 passing. Jalen Richard led the Raiders with 58 rushing yards and a touchdown. Cordarrelle Patterson added 57 yards on the ground and a touchdown as well while Marshawn Lynch chipped in 45 yards and a rushing score of his own with a team-high 12 carries. Michael Crabtree caught 6 passes for 80 yards while hauling in all 3 receiving TDs for the Raiders in the win. Amari Cooper and Jared Cook each pulled in 4 grabs for Oakland in the win. Defensively, the Raiders combined for 4 sacks, with Karl Joseph also adding a forced fumble which he also recovered as the Raiders held the Jets to just 271 yards of total offense in the win.

The Washington Redskins will look to build on their first victory of the season, a 27-20 win over the Rams in week 2. Kirk Cousins threw for 179 yards and a touchdown on 18 of 27 passing. Rob Kelley led the Redskins with 78 yards on 12 caries before leaving with a rib injury, while Chris Thompson followed right behind with 3 carries for 77 yards and a pair of touchdowns on the ground. Samaje Perine made the most out of the injury to Kelley, logging a team-high 21 carries for 67 yards in the win. Jordan Reed led the team with 6 catches for 48 yards, while Jamison Crowder was right behind with 47 yards on 4 catches and Ryan Grant caught the team’s lone receiving TD in the win. Defensively, the ‘Skins forced a total of 3 fumbles, recovering one, while alsonotching an interception and a pair of sacks as Washington held L.A. to 332 yards of total offense while dominating the time of possession battle with the ball behind in the Rams’ hands for just under 24 minutes of the game.

As much as I’d like to think that Washington will step it’s game up for primetime, I’m just not sure the ‘Skins have what it takes to hang with the Raiders offensively. The Redskins have a slight advantage on the defensive side of the football, but is that enough to counter Oakland’s dynamic offense? I personally don’t think so, and I’ll take the low line with Oakland as a gift and lay the field goal.