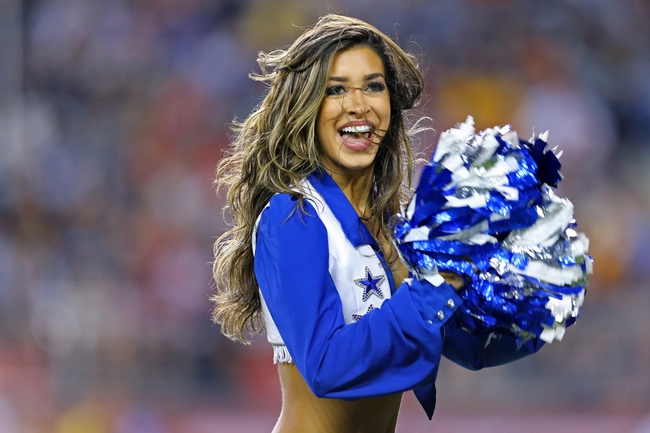 Down at University of Phoenix Stadium on “Monday Night Football,” we’ve got Week 3 NFL action coming between the Dallas Cowboys and the Arizona Cardinals.

Dallas is sitting at 1-1 this year so far, with a 19-3 win over the Giants and a 42-17 loss to the Broncos in Week 2. During that Broncos game, Cowboys QB Dak Prescott posted 238 yards on 30-of-50 passing for two touchdowns and two picks, while star RB Ezekiel Elliott was stymied on nine carries for eight yards. Jason Witten was the top Dallas receiver with 97 yards and a score on 10 receptions.

So far this year, Prescott has 506 yards with three touchdowns and two picks, while Witten leads in the receiving category for the Cowboys with his 17 catches on 22 targets, 156 yards and two scores. Elliott has posted 112 yards on 33 attempts but hasn’t gotten Dallas a TD yet.

Over on the Cardinals’ side, they’re currently 1-1 following a 35-23 loss to the Lions in the opener and a 16-13 victory over the Colts. In that Indy game, Carson Palmer finished with 19-of-36 passing, 332 yards, one TD and a pick, with his favorite target being JJ Nelson who had 120 yards and a score on five catches. Arizona’s leader in the ground game was Chris Johnson, who posted 44 yards on 11 carries.

On the season, Palmer has an even 600 yards with two touchdowns and four picks, while Johnson leads the way for the Cardinals in rushing with his Week 2 performance. Nelson is atop the Arizona receivers with 13 targets, 10 catches, 163 yards and two TDs.

Arizona was already dealt a crushing blow with the loss of David Johnson, and things haven’t gotten much better from there. The Cards had to struggle to fend off the lowly Colts, and needed overtime to bag a win in a game they should have won easily. As for the Cowboys, they looked pretty abysmal against the Broncos—especially Elliott—but simply have too much talent on their team to falter for too long. I like the Cowboys to cover here.