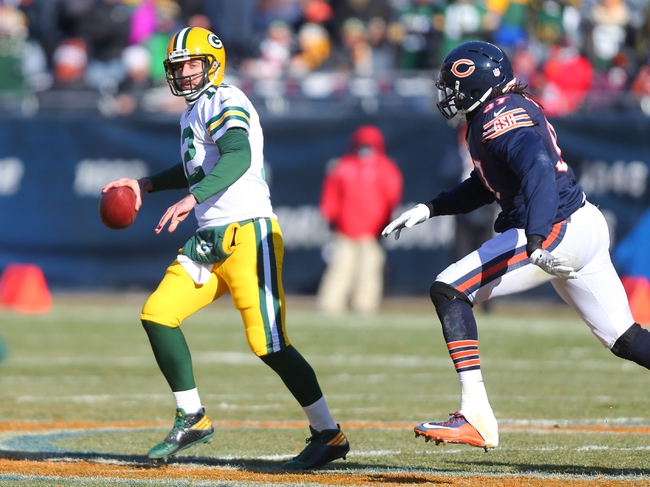 The Chicago Bears look for their first road victory of the season to get back to a .500 record. The Chicago Bears have lost nine straight road games. Mike Glennon is completing 67.3 percent of his passes for 615 yards, three touchdowns and three interceptions. Glennon has one touchdown pass in each of his last four games. Tarik Cohen and Kendall Wright have combined for 229 receiving yards and one touchdown while Zach Miller has 11 receptions. The Chicago Bears ground game is averaging 121.7 yards per contest, and Jordan Howard leads the way with 197 yards and three touchdowns. Defensively, Chicago is allowing 23 points and 321.7 yards per game. Danny Trevathan leads the Chicago Bears with 16 tackles, Akiem Hicks has two sacks and Kyle Fuller has three pass deflections.

I rarely bet Thursday night games personally because they're usually sloppy and unpredictable. With that said, I’m going to back the Bears here and take my free touchdown. The Packers have won two games this season by a combined 11 points and are still dealing with offensive line issues to the point they’re signing players off of other teams practice squads in hopes of patching things up. Besides a blowout loss to the Buccaneers, the Bears lost to the Falcons by just six points and are coming off a shocking home upset over the Pittsburgh Steelers. The Bears have been quietly playing better than expected football and while there’s zero road success dating back to last season, this is a team that has to have some sort of confidence heading into Green Bay on short rest. I just can’t lay a touchdown on a quick turnaround with a Packers team that still struggles to protect Rodgers on a consistent basis. Not to mention last December when these teams met, it was decided by three points.