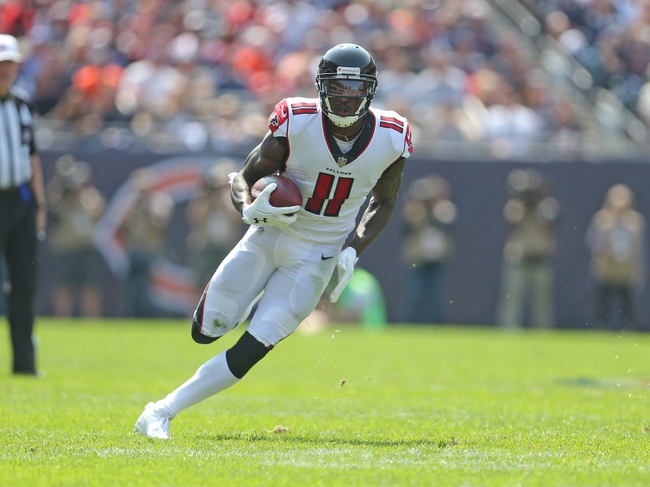 Out at Mercedes-Benz Stadium on Sunday, we’ve got Week 4 NFL action coming between the Buffalo Bills and the Atlanta Falcons.

The Bills are sitting at 2-1 on the season so far, following wins over the Jets (21-12) and Broncos (26-16) sandwiched around a loss to Carolina (9-3). In that most recent Denver game, Bills QB Tyrod Taylor carried the load on 213 yards passing and two touchdowns on a 20-of-26 line. Taylor’s main beneficiary was Jordan Matthews, who had three catches for 61 yards.

So far this year, Taylor has 562 yards, four touchdowns and a pick, while LeSean McCoy leads the Bills rush on 140 yards from 48 attempts. Matthews is the top Buffalo receiver with 11 targets, eight receptions and 152 yards.

Through three games, Ryan has 867 yards, four scores and three picks through the air, while Freeman is the top Atlanta rusher on 227 yards and four TDs from 52 attempts. Julio Jones is the Falcons’ leading receiver with 265 yards, 26 targets and 16 receptions.

Aside from that 34-23 win over the Packers, the Falcons have had a couple of close calls this year. They beat the Bears by just six, and nearly lost to the Lions in the final seconds. As for the Bills, they’ve been better than expected through two games, though LeSean McCoy’s rushing woes are a cause for concern. The spread here is pretty thick, and I think the Bills can get in there and eke out a cover. I’ll take Buffalo.