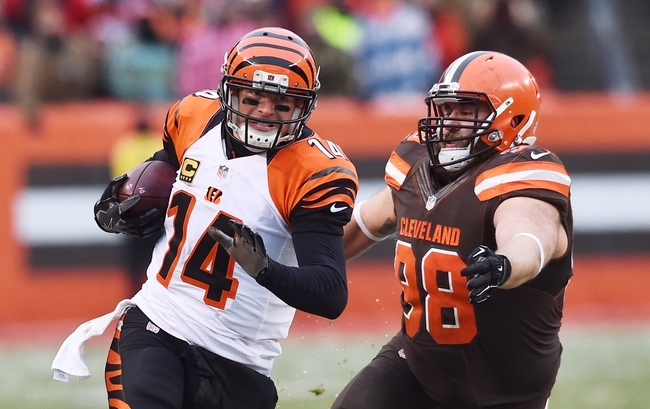 The Cincinnati Bengals and the Cleveland Browns face off in a week 4 AFC North showdown from Paul Brown Stadium.

The Cincinnati Bengals will look for their first win of the year after falling to Green Bay by a final score of 27-24 in overtime in week 3. Andy Dalton completed 21 of his 27 pass attempts for 212 yards and a pair of touchdowns. Joe Mixon led the Bengals’ ground attack, racking up 62 yards on 18 carries, while Giovani Bernard added 27 yards on just 3 carries. A.J. Green far and away led the Bengals receiving corps, account for just under half of the team’s receptions and more than half of the team’s receiving yards, catching 10 passes for 111 yards and a touchdown in the loss. The aforementioned Mixon and Tyler Kroft each caught 3 balls, while Bernard added a touchdown grab out of the backfield for Cincy. The Bengals combined for a whopping 6 sacks and an interception in the loss, including 2.5 sacks from Carl Lawson and a 75-yard pick-six from William Jackson in the 2nd quarter.

The Cleveland Browns will also be looking for their first win of the season after falling to Indianapolis by a final score of 31-28 in week 3. Deshone Kizer completed just 22 of his 47 pass attempts for 242 yards, a pair of touchdowns and 3 interceptions. Isaiah Crowell and Kizer shared the team lead in rushing with each racking up 44 yards, with Crowell leading the team with 12 carries, while Kizer, along with Duke Johnson Jr., added a rushing score in the loss. Johnson Jr. led the Browns in receiving, catching a team-high 6 balls for 81 yards, while Kenny Britt and David Njoku each caught a touchdown grab in the loss. As a team, the Browns combined for 3 sacks, and a forced fumble which they also recovered as the Browns allowed 335 yards of total offense in the loss.

I’m not sure why anybody would want to put any of their hard-earned money on this dumpster fire of a matchup, but if forced to pick, the Bengals narrowly lost to Green Bay at Lambeau, which is a hard enough place to go on the road and win, while the Browns fell to a below-average Colts team that’s still lost without Andrew Luck. Plus, the Bengals have had all of the success against the spread when playing Cleveland over the last couple of years, so I’ll begrudgingly lay the points with Cincinnati here.