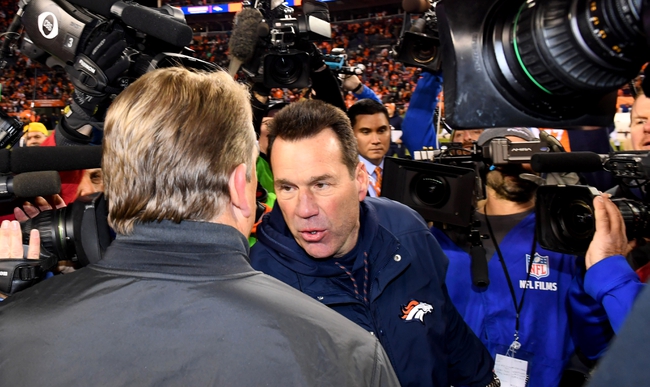 The Oakland Raiders look to avoid back-to-back losses while building on their 2-1 start. The Oakland Raiders have won seven of their last 10 road games. Derek Carr is completing 70.3 percent of his passes for 610 yards, six touchdowns and two interceptions. Carr has two or more touchdown passes in six of his last nine games. Michael Crabtree and Jared Cook have combined for 294 receiving yards and four touchdowns while Amari Cooper has 10 receptions. The Oakland Raiders ground game is averaging 107 yards per contest, and Marshawn Lynch leads the way with 139 yards and one touchdown. Defensively, Oakland is allowing 21 points and 364.3 yards per game. Karl Joseph leads the Oakland Raiders with 23 tackles, Mario Edwards Jr. has two sacks and David Amerson has four pass deflections.

The Denver Broncos also look for a 3-1 start to the NFL season with a nice victory here. The Denver Broncos have won five of their last seven home games. Trevor Siemian is completing 63 percent of his passes for 709 yards, six touchdowns and four interceptions. Siemian has two or more touchdown passes in six of his last 10 games. Demaryius Thomas and Emmanuel Sanders have combined for 399 receiving yards and two touchdowns while Bennie Fowler III has eight receptions. The Denver Broncos ground game is averaging 143 yards per contest, and C.J. Anderson leads the way with 235 yards and one touchdown. Defensively, Denver is allowing 21.3 points and 263 yards per game. Brandon Marshall leads the Denver Broncos with 25 tackles, Von Miller has three sacks and Bradley Roby has one interception.

The Denver Broncos have beaten the Raiders in eight of the last 10 meetings and has been the more impressive team overall this season. The Raiders are showing signs of being the poor defensive team that they were a year ago, and that's going to result in a lot of losses to quality teams, as Carr and company can't score 30-plus points every weekend. The Denver Broncos still get after it defensively, but the improved playmaking ability of Siemian has given this offense life, making this a balanced AFC West squad. The Broncos at home and the small line may be one of the better bets on Sunday's board. I just don't trust the Raiders defense, especially on the road.