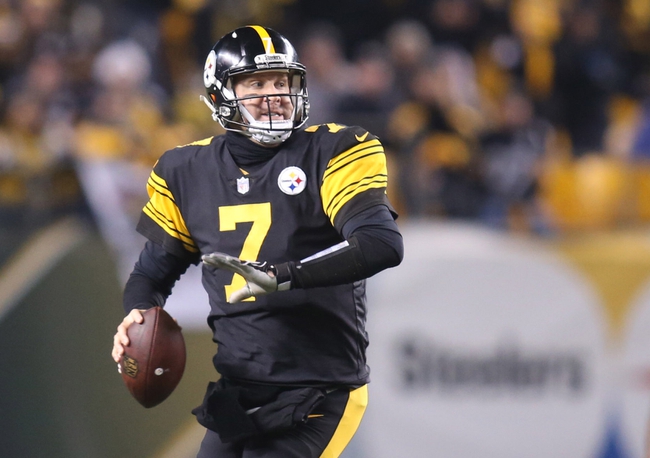 The Pittsburgh Steelers and the Baltimore Ravens square off in a week 4 AFC North showdown from M&T Bank Stadium on Sunday afternoon.

The Pittsburgh Steelers come into this one looking to bounce back after suffering their first loss of the season, a 23-17 overtime loss to the Chicago Bears to send Pittsburgh to 2-1 this season. Ben Roethlisberger threw for 235 yards and a touchdown on 22 of 39 passing, while Le’Veon Bell racked up 61 yards and a touchdown on 15 carries. Antonio Brown accounted for almost half of Pittsburgh’s aerial offense in the loss, hauling in 10 passes for 110 yards and a touchdown. Bell caught 6 passes out of the backfiend, while Juju Smith-Schuster, Martavis Bryant and Jesse James each caught a pair of passes in the losing effort. Defensively, the Steelers combined for a pair of sacks, an interceptions, and a pair of forced fumbles from Ryan Shazier, who also recovered one of the fumbles.

The Baltimore Ravens will also look to bounce back from their own first loss of the year, a 44-7 shellacking at the hands of the Jacksonville Jaguars from London in week 3. Joe Flacco threw for just 28 yards and a pair of interceptions in the loss, while Ryan Mallett led the team with a whopping 36 passing yards and a touchdown on 6 of 9 passing. Alex Collins led the team with 9 carries and 82 yards in the loss, while Nick Boyle led the Ravens’ receivers with 14 yards on 2 catches. Javorius Allen caught a team-high 5 passes, while Benjamin Watson logged the team’s lone touchdown in the losing effort. There wasn’t anything to write home about as the Ravens allowed 410 yards of total offense in the losing effort.

Neither of these two teams had an impressive showing in week 3, but I’m chalking the Ravens’ loss up to the jetlag even though it clearly didn’t effect Jacksonville. The fact of the matter here, is that the Ravens have done extremely well against the spread within the division, and have had the bulk of the success against the spread in this matchup, so I’ll take a shot with the Ravens and the points here.