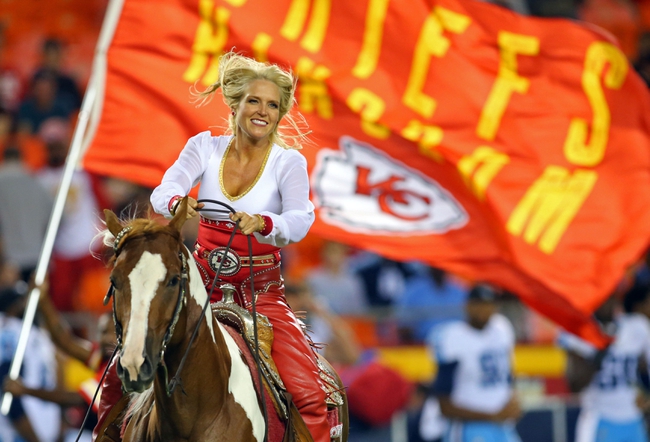 Out at Arrowhead Stadium on “Monday Night Football,” the Washington Redskins and the Kansas City Chiefs will be meeting up in Week 4 NFL action.

The Redskins enter this game with a 2-1 record so far, falling to the Eagles in the opener and then getting wins over the Rams and the Raiders. In that Oakland game, Redskins QB Kirk Cousins went 25-of-30 for 365 yards and three touchdowns. Samaje Perine led the Washington rush with 19 carries and 49 yards, while Chris Thompson put up six catches for 150 yards and a score.

So far this season, Cousins has 784 yards, five touchdowns and one pick for the Redskins. Meanwhile, Thompson leads Washington in both rushing (14 attempts; 119 yards; two TDs) and receiving (13 catches; 231 yards; two touchdowns).

Over on the Chiefs’ side, they’re currently looking good at 3-0, bagging wins over the Patriots 42-27, the Eagles 27-20 and the Chargers 24-10. In that LA game, Chiefs QB Alex Smith put up 155 yards and two touchdowns, with Tyreek hill getting most of the love with five catches, 77 yards and one score. Leading the KC rush was Kareem Hunt with 172 yards and a TD on 17 carries.

Through three games thus far, Smith has 774 yards and seven touchdowns, while Hunt has put up 47 attempts for 401 yards and four touchdowns for the Chiefs. Hill is Kansas City’s top receiver with 16 receptions on 22 targets for 253 yards and two touchdowns.

Both these teams are off to good starts this year, better than many people expected anyway. The Chiefs in particular look very solid through three games, and have vaulted themselves into conversations about becoming AFC champs. I expect the KC defense to vex Cousins and the Redskins, and the Chiefs should be able to manage a cover here.