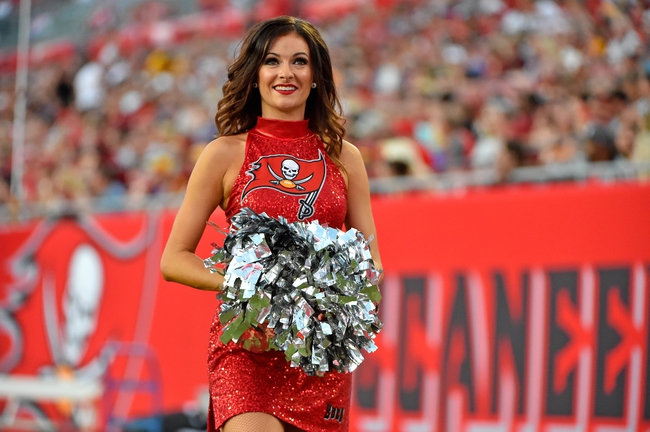 Down in Florida at Raymond James Stadium on Thursday, the New England Patriots and the Tampa Bay Buccaneers will be meeting up in the NFL’s “Thursday Night Football.”

The Patriots are a surprising 2-2 so far on the year, with losses to Kansas City and Carolina sandwiched around wins over the Saints and Texans. In that most recent Carolina game, Patriots QB Tom Brady went 32-of-45 for 307 yards and two touchdowns, while Mike Gillislee posted 12 carries and 49 yards to lead the rush.

So far this season, Brady has amassed 1399 yards, 10 touchdowns and zero picks, while Gillislee is sitting on 57 carries, 194 yards and four scores for the Patriots. Rob Gronkowski is New England’s top receiver with 20 receptions on 31 targets for 318 yards and two touchdowns.

Over on the Buccaneers’ side, they’re sitting at 2-1 thus far, with wins over the Bears and Giants surrounding a loss to the Vikings (and a postponed game versus the Dolphins). In that Giants game, Buccaneers QB Jameis Winston logged 332 yards and three touchdowns, while Jacquizz Rodgers was the top rusher on 16 carries and 83 yards.

On the year, Winston has 864 yards, six touchdowns and three picks, while Rodgers is the top Bucs rusher on 165 yards and a TD from 40 attempts. Mike Evans is the leading Tampa Bay receiver so far, with 32 targets, 19 receptions, 227 yards and two touchdowns.

What’s wrong with New England this year? Well, there’s no short answer to that question, but you could pretty quickly point a finger to their defense, which has given up at least 33 points in three of four games (and 20 in the other). Brady is humming along like usual, but realistically his options are limited beyond Gronkowski. Still, with a short week of prep the veterans have the edge here and that bodes well for New England. The Pats never stay down for long, so I like them to come out and cover here. Give me New England.